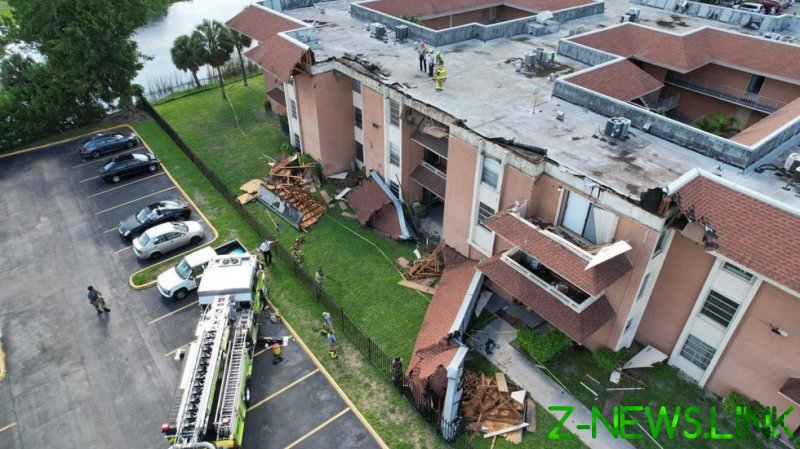 Photos and videos circulating on social media Thursday showed the debris along the side of the building, as rescue workers milled about.

“The building was evacuated and there are no occupants inside,” Miami-Dade Fire Rescue said, adding there were no reported injuries “at this time.”

This is the second Miami-Dade area residential complex that has been evacuated this month, amid mounting concerns over building safety in the wake of the fatal collapse of a beachfront condominium in Surfside.

On July 2, county authorities ordered the evacuation of a 156-unit condominium in North Miami Beach, having found a January inspection report that said structural and electrical issues made it unsafe for continued occupancy.

A countywide audit of residential buildings was ordered after the June 24 partial collapse of Champlain Towers South, a 12-story condominium. As of Thursday, the death toll of that disaster stood at 97, with 11 people injured and eight more still unaccounted for but presumed dead. It was one of the deadliest building collapses in US history.

Florida authorities have authorized the demolition of what remains of the building, citing ongoing safety concerns to the neighborhood. The controlled implosion was carried out on July 5.