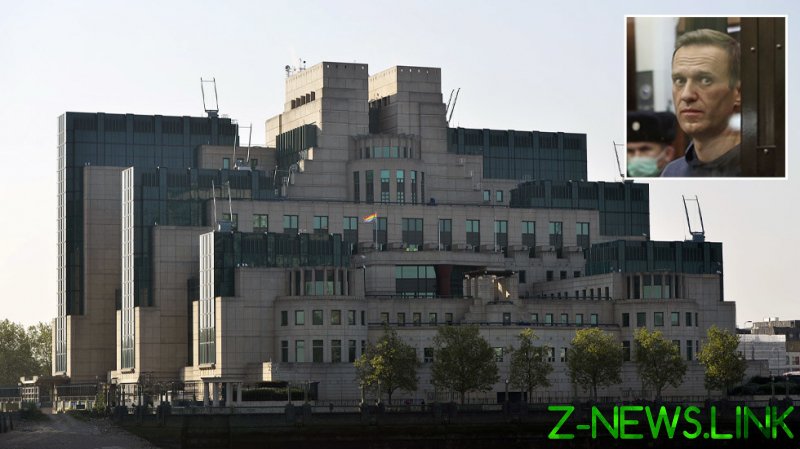 In June 2016, Donald Trump Jr. met with Russian lawyer Natalia Veselnitskaya because she suggested that she had compromising material about Hillary Clinton, who at the time was challenging Trump Jr.’s father for the US presidency.

What goes around comes around. While the news this week has been full of stories about demonstrators in Russia demanding the release of opposition activist Navalny, RT has also published excerpts of a film released by the Russian Federal Security Service (FSB) showing a 2012 meeting between Vladimir Ashurkov, the head of Navalny’s Anti-Corruption Foundation, and a British diplomat, James Ford. The FSB claims Ford is an agent of the British Secret Intelligence Service (MI6), an assertion that can’t be verified.

In this meeting, Ashurkov mentioned that Navalny’s campaign needed some $10-$20 million. He didn’t directly ask for the money but was rather more direct with another request, namely that the British provide him with compromising materials that he could use against prominent Russians.

Ashurkov said to Ford: “In some cases we don’t have, maybe, you know the direct evidence, our evidence is circumstantial, but I’m sure that SFO [Serious Fraud Office in the UK] has access to a lot of information that would not be available to us right from British sources, and if, you know, I’m sure there is information within the British agencies that would link [businessmen] [Roman] Abramovich or [Alisher] Usmanov, people in the Russian government.”

Trump Jr., it must be said, never directly asked the Russian government for compromising information. Nor has it ever been shown that the person he met with was working for the Russian state, let alone that Trump had reason to believe that she was. None of this applies in Ashurkov’s case. It is obvious that he directly asked a known representative of a foreign government for dirt on members of the Russian government. If Trump had done this, the headlines would have shouted ‘COLLUSION’ in capital letters.

Why, then, has the video only just come out now, over eight years after the event? The answer is clear. The Kremlin is trying hard to discredit Navalny by portraying him as a tool of foreign powers. This clip plays into that narrative.

In that regard, it must be said that it’s not totally convincing. The video shows one meeting many years ago. It hardly establishes a continuous chain of interaction between Navalny and foreign states. Moreover, Mr. Ford refused to help Ashurkov, telling him to apply instead to the organization Transparency International.

This could be said to rather undermine the case that Navalny and his associates are working for foreign powers. It seems that the British weren’t that interested, at least at that time. One might conclude that if this is the best that the FSB has got, its case against Navalny must be fairly weak.

That said, it doesn’t look good, and in the struggle for the public’s hearts and minds perceptions are more important than the finer details. Even if unsuccessful, Ashurkov was quite clearly attempting to collude with a foreign power. The fact that it was more than eight years ago rather weakens its relevance for today, but it won’t eliminate the perception that Navalny and his team are willing to sell themselves to foreigners, if only the foreigners would have them.

After all, imagine if the roles were reversed, and a video emerged of a British politician asking a Russian diplomat for dirt on the British government. It wouldn’t really matter if it was from today or a decade ago, the criticism would be fierce. There’s no reason why it should be any different in Russia.

In fact, the video could well resonate quite strongly because it fits into an existing narrative. Ashkurov’s Anti-Corruption Foundation has already harmed its own image by appearing to ally itself with Western powers against Russia. A few days ago, for instance, it sent a letter to US President Joe Biden requesting that the United States enact sanctions against a list of prominent Russian citizens.
Vladimir Dzhabarov, first deputy chairman of the Russian Federation Council’s Committee on Foreign Affairs, responded that the letter “smacks of treason.” Lots of Americans thought that way about Trump Jr., so we shouldn’t be surprised if many Russians think the same about Navalny after this.

Two narratives are currently competing for attention. The first is that Navalny is the innocent victim of a brutal murder attempt by the Russian government. The second is that Navalny is an agent of foreign powers (The two aren’t necessarily incompatible). For some good reasons, the first narrative has won the day in the West. But ultimately, what matters is which wins the day among the Russian people. And in that regard, narrative number two seems to be doing better. This most recent revelation will probably make it do even better still.