Home / policy / Mexico will not purchase helicopters from Russia 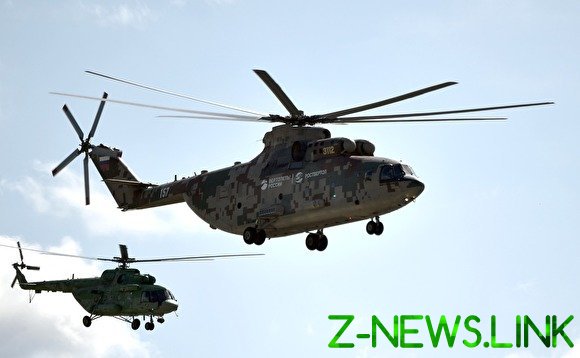 Mexico will not purchase helicopters from Russia, although Russian foreign Minister Sergei Lavrov said on negotiating the transaction. About it the newspaper El Universal, citing sources in the foreign Ministry, the Latin American countries. The publication reports that the U.S. government has threatened that in case of purchase against Mexico will be sanctioned.

“As for the future, pending the Mexican side are concrete proposals “Rosoboronexport”, including additional contracts in the supply of helicopters. They are considered Mexican colleagues,” — quoted Lavrov RIA “Novosti”.

While today the General Director of the service center and distributor in Mexico of Russian helicopters “Ansat” josé de Vicente said that Russia will supply his country 27 boards for the project air ambulance.

“Within five years we plan to put a 27 “Ansat” helicopters to the national project air ambulance, which will be based on three bases: in Jalisco (center), in Sonora (North) and Chiapas (South)”, — quotes de Vicente, RIA “Novosti”.

The Mexican added that in April this year, when the process of certification “Ansat” in Mexico, the first helicopter will be delivered in their country.