Home / Video news / Mexicans were shocked by the rain of the fish. Video

Mexicans were shocked by the rain of the fish. Video 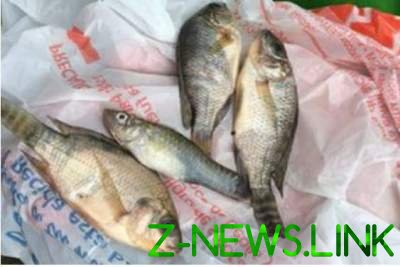 From a rain cloud, with drops of water fell out of the fish.

In the North-East of Mexico, in Tampico, there has been an incredible natural phenomenon. From a rain cloud, with drops of water on the earth crumbled fish. This was announced by the specialists of the Department of civil defense of Tamaulipas state.

At the moment they have not found a clear explanation of the unexpected phenomenon of weather in the country. “There was some mild rain, during which a small fish literally fell from the sky”, — stated in the message Department in the network Facebook.

Note that in 2007, a rain of frogs took place in Spanish El Rebolledo. In early January 2011 in Sweden with the night sky fell hundreds of birds.