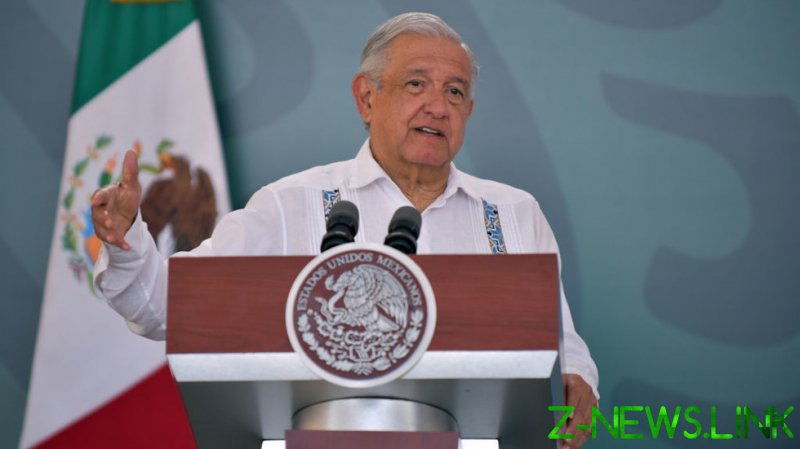 Mexican President Andres Manuel Lopez Obrador has denounced “Russia’s invasion of Ukraine” after weeks of trying to remain neutral on the conflict. However, he managed to do so while reminding the world that some of Moscow’s fiercest critics have previously invaded his own country.

“We do not accept Russia’s invasion of Ukraine because we have suffered from invasions,” Lopez Obrador said on Saturday in a video message. Mexico has at various times been on the receiving end of invasions by the US, France and Spain.

Lopez Obrador issued his video statement to be included in Saturday’s ‘Stand Up for Ukraine’ fundraising event, a campaign that organizers claim seeks to raise money for humanitarian relief to Ukrainian refugees. The Mexican president declined Canadian Prime Minister Justin Trudeau’s invitation to attend the event, but he agreed to release a statement speaking out against the “Russian invasion.”

Lopez Obrador had previously resisted international pressure to condemn Moscow, saying it was his country’s policy to “maintain good relations with all countries of the world.” Last month, US Ambassador to Mexico Ken Salazar urged Mexican lawmakers to side against Moscow, declaring, “We have to be in solidarity with Ukraine and against Russia.”

Ukraine’s ambassador to Mexico, Oksana Dramaretska, ramped up the pressure last week by tweeting pictures of dead bodies in the streets of Ukraine to Lopez Obrador. “Do you really want to continue friendly relations with those in the Kremlin who are committing genocide after this?” she asked the president. “The whole world is coordinating efforts to bring Russia to justice. We need the support of Mexico.” 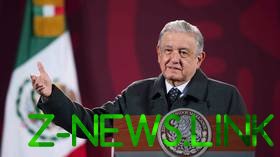 READ MORE: President says his country is ‘pacifist,’ unlike EU

Nevertheless, Lopez Obrador’s comments likely weren’t as pointed as some of his critics would have liked. He stopped short of accusing Russia of war crimes, as Trudeau and US President Joe Biden have done, and he gave no indication that Mexico would join in imposing sanctions against Moscow. He spoke more in generalities about his opposition to war, rather than condemning specific actions by Russia.

“We are in favor of a peaceful solution to the conflict between Russia and Ukraine,” he said. “Peace must be reached so that neither the people of Ukraine nor the people of Russia nor any other nation in the world continues to suffer from such absurdity because wars are disgraceful and must never be sought.”

Lopez Obrador’s comments come amid political turmoil at home. He faces a vote on Sunday over whether he should stay in office for the three years remaining on his term – the first such referendum in Mexico’s history. He called for the vote himself in order to confirm democratic support for his policies, a move that opponents criticized as a costly political stunt.