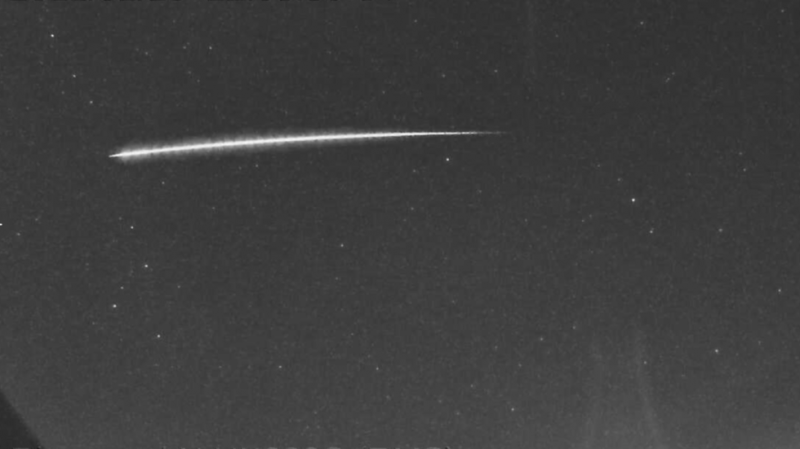 The night skies over northern England exploded into light for a brief second courtesy of the huge flash, with residents marvelling at what it might be, anything from a military test to a crashing plane.

Thankfully, several people received alerts of suspicious activity on their doorbell cameras, only to discover they had, in fact, managed to record the ethereal, extraterrestrial effulgence.

“I’ve seen meteors before but this one I was stunned by the colour, the length of the fireball and the length of time it was in the sky,” said one stunned resident.

Reports streamed in to the International Meteor Organization (IMO) and the UK Meteor Network from all over the northern UK about the celestial pyrotechnics display, which occurred at roughly 21:20 local time.

“Due to the velocity at which they strike the Earth’s atmosphere, fragments larger than one millimetre have the capability to produce a bright flash as they streak through the heavens above,” the IMO says, in describing these bolides.

The hundreds of people across Northumberland who witnessed the event were perfectly positioned as it turns out the area holds Dark Sky Park status, meaning it has a particularly good view of such stunning spectacles, rivalled only by places like Death Valley and Big Bend Dark Sky Parks in the US.

These areas are protected for their exceptional night-time skies so they can be used in astronomical, scientific and educational research.