Facebook’s parent company Meta Platforms will charge creators around 47.5% on sales of digital assets and experiences made inside the firm’s virtual reality platform Horizon Worlds.

Meta spokesperson confirmed to CNBC on Wednesday that the overall charge is comprised of a 30% hardware platform fee for sales made through Meta Quest Store, where it sells apps and games meant for its virtual reality headsets. On top of that Horizon Worlds will charge a 17.5% fee.

On Monday, the social media giant announced it would start testing tools for creators to sell digital assets and in turn make money on Horizon Worlds. 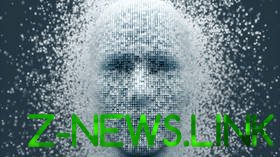 Meta’s fees for the sale of virtual assets on the platform are significantly higher than those Apple charges developers on its App Store. CEO Mark Zuckerberg and other Meta executives have previously criticized Apple for charging developers a 30% fee for in-app purchases.

Meanwhile, the size of the announced fees has angered some in the NFT community, with one Twitter user writing “I hate you Facebook.” Another one said that “If Meta wants 47.5% of NFT sales they gotta talk to the IRS because I don’t even have that after taxes.”