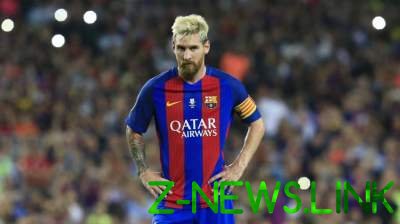 Forward of “Barcelona” and the Argentina national team Lionel Messi returned to the first line in the ranking of the most expensive players in the world according to the portal “Transfermarkt”.

Analysts of “Transfermarkt” taking into account new trends in the global transfer market has decided to significantly increase the cost of the main stars of world football and promising young players.

The transfer price tag, Lionel Messi rose to a record high of 180 million, which allowed the Argentinian to beat his former teammate Neymar.

The owner of “Golden ball” Cristiano Ronaldo has raised its value to 10 million, and the leader Atletico Antoine Griezmann became the fourth
player transferee which costs at least 100 million euros.

Top 10 expensive players in the world according to “Transfermarkt”:

And the five most expensive players of Ukraine as follows: