Messi – football player of the year by the newspaper “Marca” 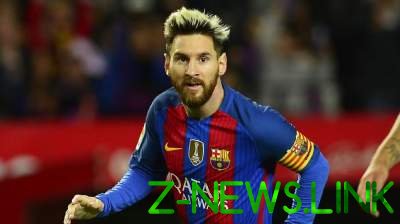 Striker “Barcelona” and the Argentina national team Lionel Messi topped the rating of the best players of the year by the Spanish newspaper “Marca”.

Messi left behind the best football player of the year by FIFA and the owner of “Golden ball” Cristiano Ronaldo, top 3 unexpectedly closed the midfielder of real Madrid ISCO.

In 2017 Messi in all competitions, scoring 54 goals, which is the second figure after the forward “spurs” Harry Kane. The Argentine has managed to lead Barcelona to victory in the Spanish Cup and the new season, Messi and company are confidently leading in the Example and perform successfully in the Champions League.

Top 10 players of the year according to “Marca”:

The complete ranking can be found at the following link.