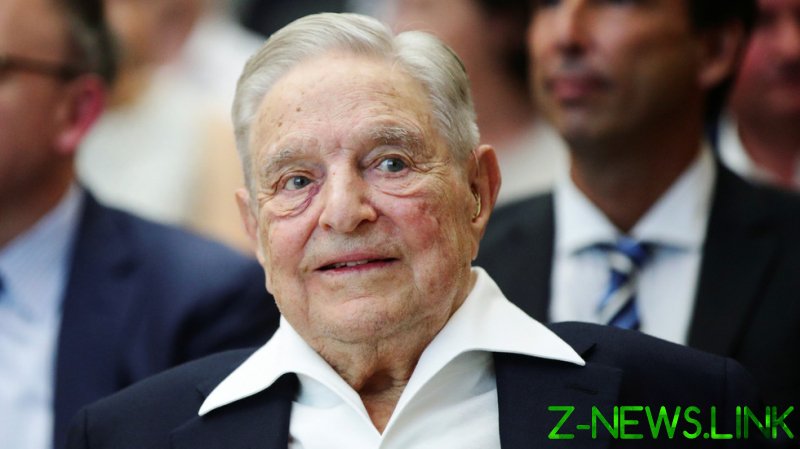 The European Commission originally imposed “rule-of-law requirements” on member states for disbursing the pandemic recovery funds. The measure was seen as a method of pressure on Budapest and Warsaw, which have been at odds with Brussels over their laws on the media, the judiciary and LGBTQI+ rights, among other things. Hungary and Poland responded by threatening to veto the entire seven-year EU budget, prompting Brussels to back down.

To Soros, the Hungarian-born US citizen who funds ‘open society’ causes around the world, this was “the worst of all possible worlds,” and amounted to a “surrender” by German Chancellor Angela Merkel, according to an op-ed Project Syndicate published on Thursday.

Merkel “caved in to Hungarian and Polish extortion,” Soros wrote, blaming the German chancellor personally for the outcome of the talks. She is “something of the sole main decision-maker for the EU,” he argued, what with President Emmanuel Macron of France “temporarily distracted by the laïcité issue,” as Soros euphemistically described the country’s woes with Islamist terrorism.

Poland and Hungary are “brazenly challenging the values on which the European Union has been built,” Soros argued.

While labeling Poland’s Law and Justice (PiS) government “illiberal,” much of Soros’s vitriol was reserved for for Hungarian PM Viktor Orban, whose “kleptocratic regime” he alleged “has stolen and misappropriated vast sums during his decade in power.”

Orban’s government has cracked down on Soros’s NGOs, universities and other projects in Hungary over the past decade. The financier turned to Brussels for help, and in October the European Court of Justice sought to strike down the Hungarian education reform that compelled Soros to relocate his Central European University to Austria.

Budapest struck back by accusing the EU of “executing the Soros Plan” with its budget conditions, and attempting to “blackmail and pressure dissenting member states to fall in line,” government spokesman Zoltan Kovacs wrote last month.

Soros concluded his December 10 editorial declaring that all he can do is “express the moral outrage that people who believed in the EU as the protector of European and universal values must feel.” That’s somewhat facetious, given the billions of dollars at his disposal to influence lawmakers and fund media and pressure groups.

When the Hungarian culture commissioner Szilard Demeter wrote an op-ed last month described Europe as “George Soros’ gas chamber,” and called the financier “the liberal Fuehrer,” opposition politicians called for his firing while the American Jewish Committee in Central Europe and the International Auschwitz Committee demanded an apology.

“Poison gas flows from the capsule of a multicultural open society, which is deadly to the European way of life,” Demeter had written in the piece, which he was forced to retract, as well as delete his social media.