Merkel urged Europe to think about a world without US leadership 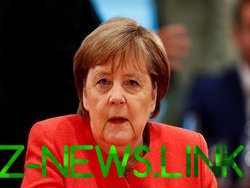 German Chancellor Angela Merkel urged Europe to prepare for world without US leadership. She spoke about it in an interview with The Guardian.

According to her, the European countries must seriously reflect on the new reality in which Washington seeks to fulfill the role of a world leader, as before. “We have grown with a certain knowledge that the United States wants to be a world power. If the United States now want to cease to perform this role on their own, we would need to think seriously about it,” said the Chancellor.

Commenting on the reduction of American troops in Germany, Merkel said that US troops are helping to protect not only the European part of NATO, but also the interests of Washington. She assured that Berlin will continue to increase military potential, and expressed hope for preservation of the defense cooperation with the United States.

“Look at the world, China or India. There is good reason to remain committed to the transatlantic defense community and our nuclear umbrella,” concluded Merkel.

On 6 June the President of the United States Donald trump has promised to halve the number of its troops in Germany because overdue payments Berlin to NATO. In the United States explained that the American leader did not intend to “punish” thus the German Chancellor.