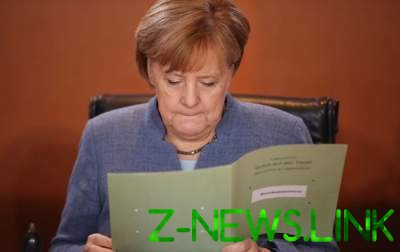 In Germany the failure of the coalition negotiations.

German Chancellor Angela Merkel has opposed the holding of new elections in the country despite the failure during the negotiations on coalition creation. About the same time the Chancellor said Saturday, November 25, during a speech at a party meeting in Ostseebad Kuhlungsborn.

“The people have voted. And I absolutely do not support the request of the people again to vote if we have nothing to do with the results,” – said Merkel.

We will remind, in Germany interrupted consultations on the establishment of a new government coalition. This decision was taken after the talks came the Free democratic party (FDP) Christian Lindner.