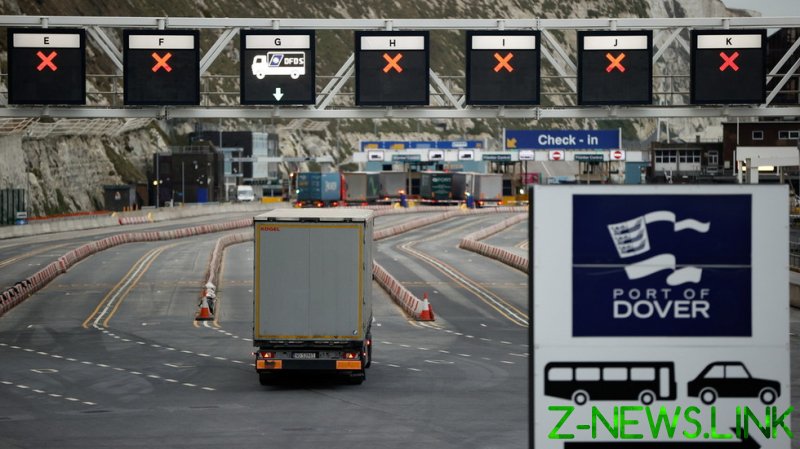 EU nations would be “free to impose temporary bans on entry and on transporting passengers entering from [non-EU] countries with virus-variants areas,” the Times reported on Thursday, citing a draft proposal submitted to Brussels by Berlin.

According to the paper, the move is being wholly backed by German Chancellor Angela Merkel and emphasizes “an urgent need to act in order to prevent or at least slow down the spread of worrying virus variants to and within the EU area.”

European countries were thrown into panic mode when a more contagious variant of the coronavirus was discovered in Britain late last year. More than 40 states quickly suspended flights from the UK in December.

The most dramatic situation had unfolded in the Port of Dover, where thousands of truck drivers became stranded on the French border just days before Christmas. The crisis was resolved after urgent talks between Britain’s Prime Minister Boris Johnson and France’s President Emmanuel Macron.

Germany now reportedly seeks to avoid a possible repeat of the traffic chaos that occurred at Dover. The Times quoted Berlin’s proposal as saying that fellow EU nations must guarantee “cross-border transport of goods and supplies” when considering bans on arrivals from non-EU states.

The measures seem to be in line with earlier recommendations by Brussels to take coordinated steps against the threat of the new variant of the virus in the UK. In December, EU Justice Commissioner Didier Reynders urged member states to “discourage non-essential travel between the UK and the EU.”

The report also comes as Covid-19 restrictions were tightened in the Netherlands, Austria and parts of Germany.

The UK was relaxing restrictions throughout the summer, but was forced to reverse its policy when the infection rate rapidly increased in autumn. England went into its third lockdown shortly after New Year, and all services in London were placed on emergency mode.