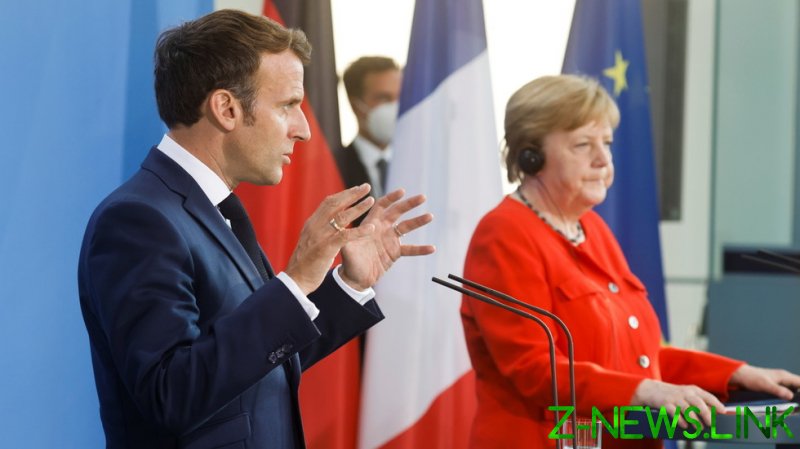 French and German diplomats “wrongfooted” other EU member states at a meeting in Brussels on Wednesday by proposing to invite Putin to a summit with the bloc’s leaders, the Financial Times reported on Wednesday, citing “people with knowledge of the discussions.”

According to FT, Merkel wants to revive EU relations with Russia along the template provided by last week’s Geneva summit between Putin and US President Joe Biden. Though she meets and speaks with Putin on a regular basis herself, the German chancellor reportedly wants a format that allows the EU to address Russia “with one voice.”

The proposal put forth by the ambassadors would say the EU is interested to engage with Russia on areas of common interest, such as the Arctic, climate and the environment, health, space exploration, fighting terrorism, and foreign policy issues such as Syria and Iran, among other things.

The EU suspended summit meetings with Russia in 2014, when Brussels accused Moscow of “annexing” Crimea. The peninsula voted to rejoin Russia after the US-backed nationalists in Kiev overthrew the Ukrainian government and brushed aside a compromise brokered by France and Germany.

Merkel and Putin spoke on the phone on Tuesday, the 80th anniversary of the invasion of the Soviet Union by Nazi Germany and its allies. On the same day, the German weekly Die Zeit also published an op-ed in which Putin said Russia was “in favor of restoring a comprehensive partnership with the rest of Europe.”

According to FT, the Franco-German proposal is “likely” to alarm Poland and the Baltic States, which are hostile to Moscow.

It was also put forward shortly after the incident in the Black Sea, in which a Russian patrol ship and fighter jet fired warning shots at a British warship that violated their territorial waters near Crimea.