Men & women in Panama obliged to do Christmas shopping ON DIFFERENT DAYS, officials announce, amid complaints over trans rights 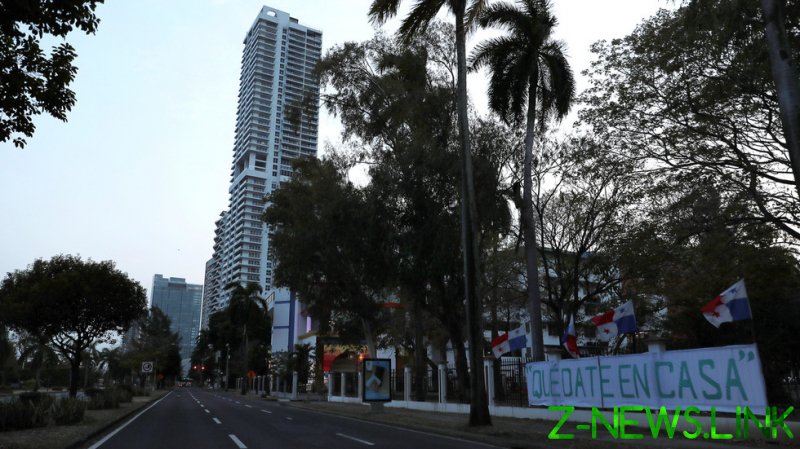 “As of Monday 21, with the aim of reducing mobility, purchases will be made by gender,” Luis Sucre, Panama’s health minister, said in a televised address on Friday. On Christmas Day and New Year’s Day, there will be total quarantine across the country for men and women alike, he added.

The announcement came after the Central American state set daily records for the number of Covid-19 infections and deaths, with 3,348 new cases and 42 fatalities on Thursday.

Panama already imposed a gender-based quarantine between April and September in an attempt to halve the number of people on the streets. During this period, women could leave their home only on Mondays, Wednesdays, and Fridays, while the men’s days were Tuesdays, Thursdays, and Saturdays. The person’s gender was established by the information in the ID card.

But the intervention of the authorities in Panama City has garnered harsh criticism from human rights groups and LGBTQ activists. Gender-based restrictions have “failed to recognize diverse gender identities, and may reproduce inequalities and injustice for non-binary individuals, with unknown long-term effects,” a study by the London School of Economics insisted.

The Hombres Trans Panamá group said it had recorded some 50 incidents of discrimination against trans people during the quarantine who had got into trouble with the police no matter on which day they left their homes.

In one of the incidents reported by the media, a trans man who went shopping in accordance with the gender in his identity card was denied access to a supermarket because it was claimed male shoppers would raise an objection. At the same time, a trans woman faced arrest for going out on a females-only day as it didn’t match the gender in her ID document.

“Transgender people in Panama are being humiliated and accused of breaking the law under the quarantine policy simply for being themselves,” José Miguel Vivanco, Americas division director at Human Rights Watch, complained.

In July, Panama’s authorities acknowledged the country had some way to go in upholding transgender rights. They insisted the country respected “diversity of identity and expression” nonetheless, and vowed to punish those guilty of discrimination.