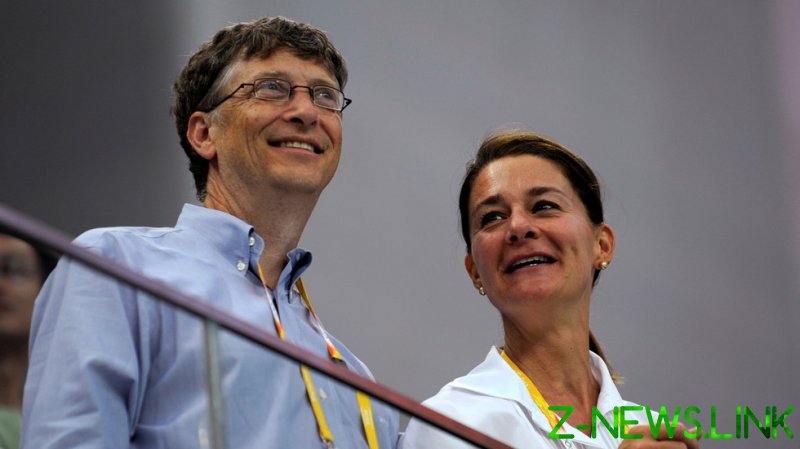 The power couple met with Epstein at his Upper East Side home in September 2013, leaving Melinda Gates “furious” on the same day as the couple were awarded the Lasker-Bloomberg Public Service Award at the nearby Pierre Hotel. There, they were photographed alongside ex-Mayor Michael Bloomberg himself.

The meeting between Bill Gates and Epstein that so upset Melinda left her demanding she wanted nothing more to do with the convicted pedophile. While sources cited by the Daily Beast claimed the meeting would “prove a turning point for Gates’ relationship with Epstein,” there is scant proof of either outcome, according to the Beast. Nor has she commented publicly on either her issues with Epstein or their possible role in the divorce.

The Beast cites a source claiming her husband’s “friendship with Epstein… still haunts Melinda.” While it’s unclear whether apparent disgust over Epstein was the deciding factor in opting to exit her marriage, a herd of PR spokespeople and financiers has reportedly been called in to finalize the divorce settlement, which will likely be the largest in US history given the preposterous size of their fortunes.

It’s not clear why Gates’ meeting with Epstein in 2013 was so objectionable when their earlier gatherings had apparently gone down without any drama, though it’s doubtful that Melinda would have wanted to make a scene in a room with her husband and several business prospects. Gates and Epstein have a history dating back into the 1990s, according to an Evening Standard article from January 2001 that – while focusing on Prince Andrew’s own relationship with Epstein – also mentioned the financier as someone to whom he had entrusted “many millions”.

While the article is no longer easily searchable online, the MintPress News obtained a copy in 2019. Archives like the Wayback Machine also retain copies.

The Gates/Epstein relationship is all but impossible to deny under those conditions, particularly given his appearance in the flight logs of the pedophile’s ‘Lolita Express’ private jet. Gates traveled on the jet from Teterboro Airport in New Jersey to Palm Beach, Florida, logs show.

Despite the metric tons of rumors online, Gates and his PR team have insisted the billionaire never had any connections with Epstein at all aside from philanthropy.

While Gates continued to fraternize with the disgraced financier even after he was convicted of soliciting a minor for prostitution, the nature of their relationship was never quite clear. Gates initially said the pair would collaborate on philanthropic efforts, but he later complained the proposed project was “a mirage,” despite using his own name as catnip for investors. But this was hardly Gates’ first roll of the philanthropic dice – according to media reports at least; the two men brought in millions of dollars for others of their various projects.

Epstein died of alleged suicide in prison in 2019, so if her husband’s relationship with him factored into their split, it’s not clear why Melinda Gates picked this particular moment to divorce her absurdly rich partner.

However, the two plan to continue working together as the Bill and Melinda Gates Foundation – and presumably on their other vaccine related endeavors around the globe.

The split was announced on Monday after their 27-year marriage. Despite what appeared to be a harmonious working relationship, it became clear that despite the “great deal of thought and a lot of work on our relationship” that they tweeted in unison they had undergone, they both found the effort was not enough to save it.

Meanwhile, juicy tidbits have emerged indicating Melinda rented an entire island just to get away from Bill and that they had planned to announce the divorce in March. The pair reportedly said in their divorce papers that the marriage was “irretrievably broken.”

No doubt further irritating Melinda, Epstein would repeatedly make a point of “bragging that he was an unofficial adviser” or tax accountant to Gates.

Individuals working for the Bill and Melinda Gates Foundation continued to mingle with Epstein on certain projects, according to the Daily Beast, and despite his copious denials, the Microsoft billionaire was seen on other occasions with Epstein from 2011 to 2013 – years after he was forced to register as a sex offender.