Melania trump became the star of the new memes 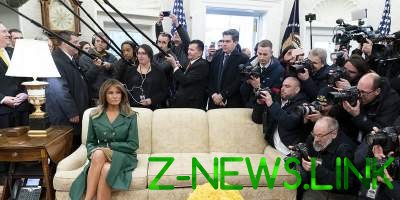 The white house has published a strange picture.

On the eve of the US first lady Melania trump celebrated his 49th birthday. The administration of US President chose Twitter to congratulate the photo with Melania trump, who sits alone on the sofa in the oval office surrounded by a group of photographers.

It is noted that the first lady of the United States was made last month when her husband, Donald trump held a meeting with Prime Minister of the Czech Republic Andrew Babish. It is difficult to say what guided the White house by publishing this picture.

Readers felt that the picture was chosen. In addition, social network users are unable to refrain from sarcastic jokes. Thus, Melania trump became the star of ironic memes. 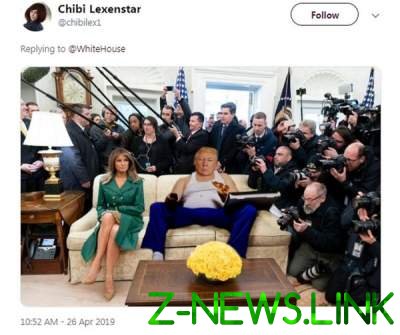 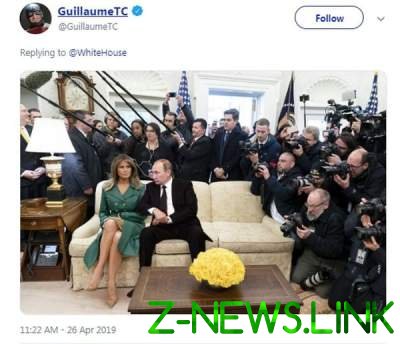 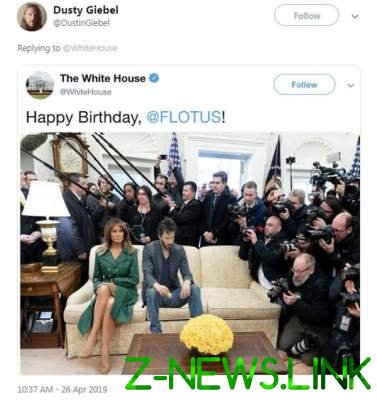 For example, in one of the photos users have added photos of Donald trump, who is sitting next to Melania on the sofa in home clothes with a piece of pizza and the remote control in hand. Another photo appeared, Vladimir Putin, and even absolutely unfortunate kind of Keanu Reeves.

Most users noted that Melania trump sits alone, and everyone who is in office, ignores her, focusing on someone else. They asked the White house why their choice fell on this picture. One user even wondered if they dislike the Melania trump, published this picture in her birthday.