Home / WORLD / Mel Gibson’s survived charges of sexism, racism and anti-Semitism… but saluting Trump could finally get him canceled

Mel Gibson’s survived charges of sexism, racism and anti-Semitism… but saluting Trump could finally get him canceled 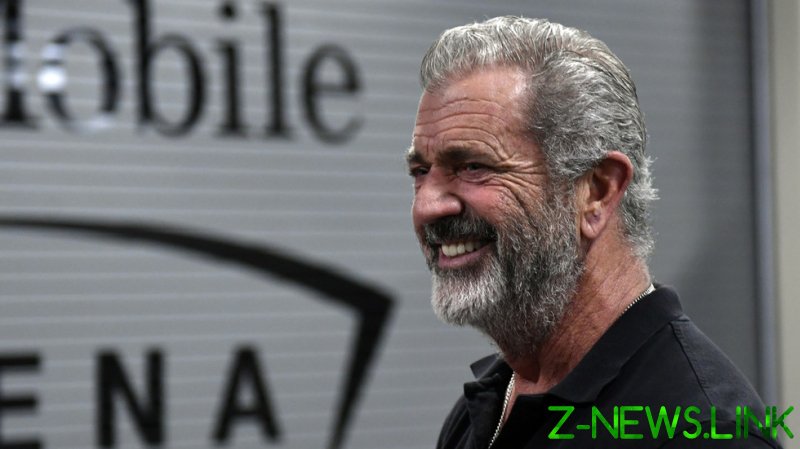 Mel Gibson, the movie star and Academy Award-winning director, has long been a lightning rod for his problematic behavior and beliefs. But, over the weekend, he finally crossed the line and committed the most egregious of mortal sins in the New Hollywood: he saluted Donald Trump.

For those of you who have no idea what I’m talking about, let me fill you in. On Saturday, Trump attended the Ultimate Fighting Championship mixed-martial arts event, aka UFC 264, in Las Vegas. As he entered the arena, Gibson happened to be nearby and gave the former president a salute.

This ugly incident was caught on video and people on Twitter dissected it like it was the Zapruder film to see if it was actually Mel Gibson – star of ‘Lethal Weapon’ and director of ‘The Passion of the Christ’ – and not some lookalike who’d been filmed.

After much detective work by intrepid internet sleuths, it was confirmed it was indeed Mad Max himself who’d had the gall to salute the former president of the United States.

A gigantic tempest in the Twitter teapot ensued, with the legions of woke bravehearts putting on their war paint and declaring that the heretic Gibson must be drawn and quartered for his heinous behavior in the name of “FREEDOM!”

Not surprisingly, since it seems solely to exist to make mountains out of molehills, the establishment media responded by churning out articles bemoaning Gibson’s indecency, some with headlines declaring the salute to have been “dramatic.”

I’ve never been a Gibson fan, not because of his political or religious beliefs, but because I consider him a ham-handed director and a cheesy actor. Others may find that ham-and-cheese combo delicious, but it’s never appealed to me.

So, I come to bury Mel Gibson, not to praise him, but it’s curious that of his many sins against the supposedly pure people of Hollywood, it’s saluting a former president that may finally get him to Golgotha and foisted upon the cancel cross.

In the seemingly never-ending Passion of the Gibson, this new station of the cross pales in comparison to other, much more brutal ones.

In 2006, during a drunk-driving arrest, Gibson infamously called a female cop “sugar tits” and touched the third rail of Hollywood by accusing Jews of being responsible for “all the wars in the world.”

Then in 2010, he’s alleged to have punched his girlfriend in the face and knocked out two of her teeth – the same girlfriend who he said on an answering machine looked “like a f***ng pig in heat, and if you get raped by a pack of n***ers, it will be your fault.”

It’s completely apropos of the utterly absurd and inane culture of the woke New Hollywood – where racial, sexual, and ethnic quotas reign supreme and a new de facto Hays code regarding storylines and dialogue is celebrated – that the thing that may finally get Mel Gibson canceled is that he gave a half-hearted salute to Trump at a UFC fight.

That Gibson was able to come back from his more unsavory previous public sins, but might not survive this one, points to how Hollywood previously didn’t really care what you said or did just as long as you kept the money train rolling. But now money seems at the very least secondary to social and political demands.

In the past, Gibson’s films, particularly the ones he directed, always made money for their investors and his partners, and thus his sins were washed away. For example, ‘Braveheart’not only made $213 million at the box office but won five Oscars, including Best Director and Best Picture.

‘The Passion of the Christ’ was an independent production, and Gibson put up money for the $30 million budget. And despite the fact that the dialogue was entirely in Hebrew, Latin, and reconstructed Aramaic, and that there was a concerted and underhanded effort to besmirch the film as anti-Semitic, it still made an astounding $612 million worldwide. Gibson alone made nearly half a billion dollars on that movie.

Gibson’s 2006 film ‘Apocalypto’ – no surefire hit, since all the dialogue was spoken in the ancient language of the Mayans, made an astounding $120 million.

The most telling sign of the recent history of Hollywood’s fluidity when it comes to forgiveness and Gibson’s once-Teflon ability was that his 2016 comeback film, ‘Hacksaw Ridge’, a truly dreadful cinematic venture, not only made $180 million at the box office but, in what seemed like a very generous gesture, received six Oscar nominations, including one for Gibson as Best Director.

The adulation heaped on Gibson and ‘Hacksaw Ridge’, his first directorial effort after the 2010 allegations, seemed to finally put the ugliness of Mel’s racist, sexist, and anti-Semitic statements permanently in the past. But now, in New Hollywood, where social and political standing overrides finances and forgiveness is verboten, the simple gesture of a salute to Trump may be the straw that breaks the camel’s back.

Ultimately, this clash between titanic a**holes will probably result in every jerk getting exactly what they want. New Hollywood will cancel Gibson, forcing him to self-finance a sequel to ‘The Passion of the Christ’, causing a Twitter firestorm and generating free publicity, thus resulting in Mad Mel getting richer and giving another giant half billion-dollar middle finger to Tinsel Town. Twitter will get to be irrationally angry, New Hollywood will get to be self-righteous, and Mel Gibson will get even more ridiculously rich.

The only losers in all this will be, as always, the rest of us.