Meizu is preparing the announcement of the new smartphone 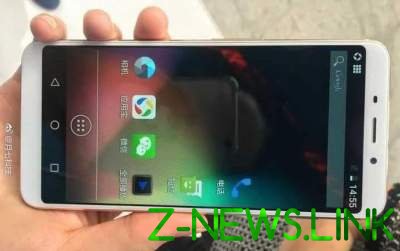 The company Meizu is working on several smartphones with edge-to-edge design.

Chinese sources claim that the novelty will enter the market under the name Meizu Blue Charm M6S or 6S, and December 20.

While earlier, the manufacturer promised that the new devices of the brand this year will not.

According to rumors, the company Meizu is working on several smartphones with edge-to-edge design. Among them the model Meizu M6S, which is called a budget option. It is expected that the price will be about thousands of yuan, that is $ 152. Price makes the M6S a direct competitor to the model Xiaomi Redmi Note 5.

Apparently, Meizu M6S will get a 5.7-inch display with an aspect ratio of 18:9 and the thinner part at the top and bottom. The RAM is estimated at 3 GB, and as the main camera module is used to 13 megapixels. As CPU sources call MT6793 chipset from MediaTek.

In addition to the frameless design of the screen of the phone the most interesting feature of the phone call side-mounted fingerprint scanner. The smartphone can also get a metal case with smooth corners, but without the traditional button mBack.

Some doubts about the reliability of the photo makes the home screen — the Meizu has a proprietary shell Flyme, but shows the apparatus interface older versions of Android.