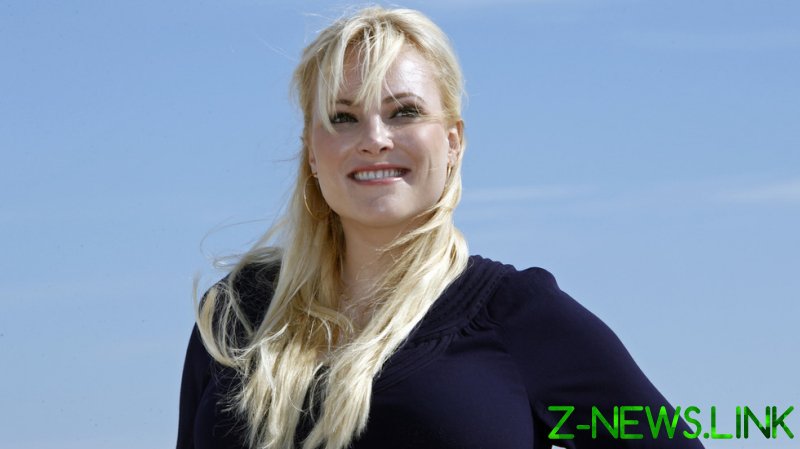 Seemingly unaware she had made a string of comparatively insensitive comments herself just the previous year – and worse, tacitly supporting ex-president Donald Trump while doing so – McCain was forced to eat her words on Monday, supplementing her prior ‘smugnorant’ commentary with the line “STOP ASIAN HATE” and a bundle of broken-heart emojis.

McCain’s apparent duplicity was exposed by British comedian John Oliver, who reminded her on Sunday that she had, just a year ago, commented that she took no issue with Trump calling Covid-19 the “China virus.”

Oliver deigned McCain’s comments a “fine sentiment to throw up on Twitter after the fact,” presumably having sat on her tweets until they were ripe to be hatched with a proper “I told you so.”

McCain had joined Trump in derisively referring to Covid-19 as the “kung flu” and “Wuhan virus” in response to claims the virus had originated in China, while Chinese officials had argued the virus first surfaced in Wuhan only after the Military World Games – a global competition that in 2019 saw military athletes from all over the world meet to compete in Wuhan. While both Trump and McCain mocked the oversensitive nature of American complaints and their insistence that the quasi-racist bloviating would lead to harm, there was no evidence that the gunman who shot up three massage parlors in the Atlanta area was motivated by racism. Indeed, he had insisted he killed the women due to sex addiction. However, that has not stopped numerous pundits from making the connection, noting that of the eight deaths, six of the victims were Asian women, while two were Hispanic.

Oliver himself categorically rejected the killer’s reasons for murdering his targets, insisting that “a white man driving across two counties going to three Asian-owned businesses, shooting and killing six Asian women in a city that’s only about 4% Asian sure as s**t seems a lot more like a hate crime than a very bad f**king day.”

Called out by Oliver, McCain dutifully began the apologetic ritual that has become so familiar to the wannabe-woke, prostrating herself before an imaginary group of Asian women who had presumably taken offense at her words, strapping on the kneepads and preparing for a rich grovel-session.

Oliver egged her on, snarking that he would “love to visit the nation that exists in Joe Biden’s head, because it’s a place where racism is not who we are and racial attacks against Asians is not who we are… anti-Asian racism has long been a fact of American life,” the comedian said, slapping together a bizarre encomium to Biden, expressing a desire to live in the 78-year-old’s head as if there were no racism to be found there, never mind the former senator’s history of passing egregiously racist laws like the 1994 Crime Bill.

The mea culpa, however, backfired. Some mentioned they hadn’t heard the original comment but now despised her as they were intended to do.

Just as many were sick of hearing about McCain in general, wondering aloud“Why do we have to keep putting up with these insufferable children of famous people?”