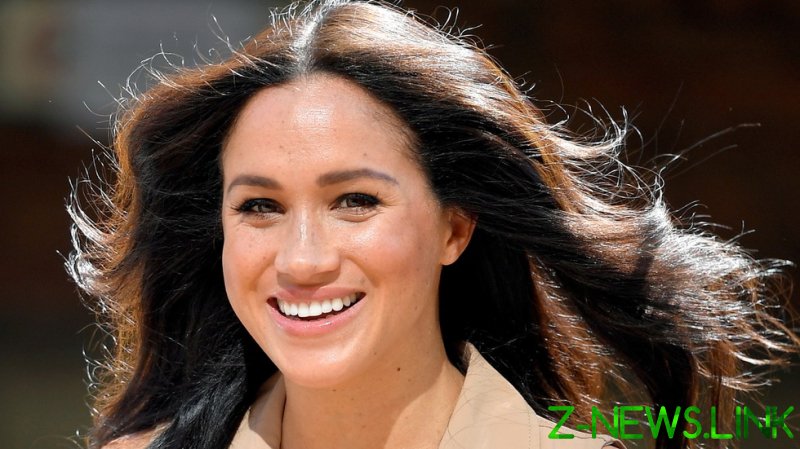 Meghan Markle, the Duchess of Sussex, celebrated her 40th birthday this week with the new 40×40 initiative, which encourages people to donate their time toward mentoring women who are re-entering the workforce. But, although 40×40 is well-meaning, critics have been quick to point out that the call for mentorship may be ineffective at best, and even ironically patriarchal at worst…

A statement from Markle posted on her Archewell website reads:

“I believe mentorship is one way to help women regain confidence and rebuild their economic strength, and for my birthday, I have asked 40 friends, activists, athletes, artists, and world leaders to help kickoff a global effort by contributing 40 MINUTES OF MENTORSHIP to support women re-entering the workforce. With this time, I hope they each help someone advance a professional life on her own terms, and, I hope that they inspire countless others to give 40 minutes of their time as well.”

According to the Daily Mail, some of the friends Markle asked to participate in the initiative include singer Adele, designer Stella McCartney and Canadain premier Justin Trudeau’s wife, Sophie Gregoire Trudeau.

In addition to the celebrities involved, the personality’s 40×40 post also asks readers, if they are able, to “Please JOIN US and pledge 40 minutes today in service of others in the way that feels right to you.”

While trying to galvanize others toward acts of service may be admirable, considering that 40×40 specifically aims to address women re-entering the workforce, it appears that effectiveness may have been sacrificed in favour of catchy marketing by the Archewell team. Traditionally, mentorship is something that happens over months – if not years. Realistically, it’s unlikely that women can be helped in any meaningful way in a mere 40 minutes, when, at most, such a short time slot could be dedicated to editing a CV – if that.

And, though some might argue that 40 minutes is still better than nothing, there’s also the issue of who Markle has reached out to for this help. While the likes of Adele and Stella McCartney are doubtlessly successful in their own fields, it’s unclear whether they have any insights that could help the average woman, who likely isn’t pursuing work in the music or fashion industries.

As Hannah Martin, a member of the All-Party Parliamentary Group on Women and Enterprise, says, “The wrong words or poor advice can do more harm than good – however well-meaning they may be.”

She added: “I’ve spoken to women whose self-belief has been destroyed through working with the wrong mentor. […] If Meghan is genuinely passionate about helping two million women back to work, it would be good to see more insights shared on what specific problems these women face, and propose concrete solutions that are followed through with on-the-ground action from the right people. That really would be something to celebrate.”

Negative attention toward the 40×40 project has also come from the involvement of American author Ibram X. Kendi, best known for his controversial work on “anti-racism.” But his divisive views on race relations aside, many were quick to point out when he announced his participation in 40×40, that Kendi is, of course, a man.

Meghan Markle, a well-known feminist, has been very explicit in explaining that 40×40 has been designed specifically to help women. As the Archewell site explains, the reasoning behind this is that:

“In the past two years, and in large part because of the COVID-19 pandemic, TENS OF MILLIONS of women around the world have left the workforce, including over two million women in the U.S. So many of these women are also SHOULDERING THE BRUNT OF THE CRISIS when it comes to unpaid labor, including schooling and caring for family members. And the latest research shows that FEWER WOMEN THAN MEN WILL REGAIN WORK as we recover from the pandemic.”

And, while it’s true that, just because the project aims to help women, there’s nothing that says a man like Kendi cannot or should not participate, social media users were quick to point out the optics of the situation in response to Kendi’s now-deleted announcement post.

In any case, criticism aside, to date 40×40 has failed to make much of an impact; the video where Markle implores her audience to participate in the project has been shared a paltry 200 times on Instagram.

Ultimately, the 40×40 campaign seems to be just the latest in a string of attempts by Meghan and Harry to stay relevant since departing from royal life, rather than a genuine attempt to help those in need. And, while the media may, as always, be willing to promote the duchess, it looks as though the rest of the world doesn’t care.