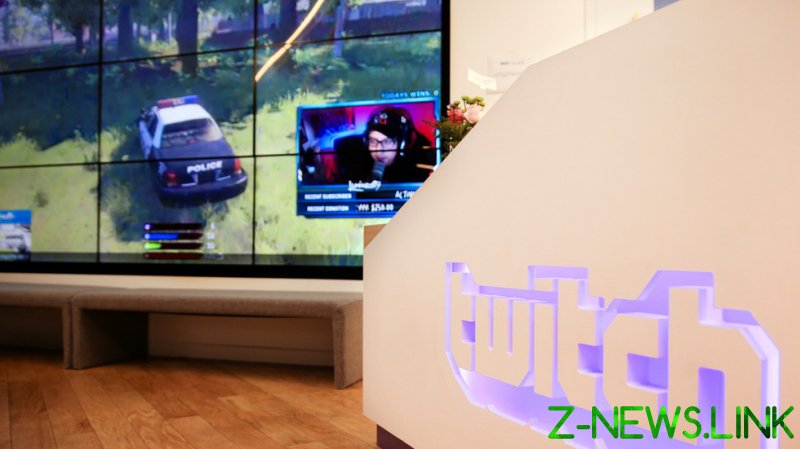 Twitch users found to have committed any sort of crimes in the past, from credible threats against Twitch staff to “terrorist activities or recruiting,” may find themselves booted off the platform even if they haven’t done anything to menace Twitch users online, according to new rules released by the streaming platform on Wednesday.

The existing policies on Twitch were already somewhat confusing – users could sing along with a song that included slurs of some type, but only if the song itself was “not hateful” nor combined with “other discriminating or denigrating content” – but the notion of the social media platform hiring enough employees and partnering with “an experienced investigations law firm” to be able to go after literally everyone who’s ever made an expression of contempt, hatred, or disgust based on a protected characteristic seems absurd.

Twitch doesn’t have just ordinary gamer banter in mind, apparently. The site references “persons who have carried out severe offenses and create a safety risk,” but did not rule out these people. As long as the offence happened long ago, and the individual could prove they had “gone through a trusted rehabilitation process, such as legally mandated time served in a correctional facility,” they could probably get back on Twitch, merrily chatting with children.

Under what appears to be the farthest-reaching social media censorship policy in the US, Twitch announced those engaging in hateful conduct or harassment – even if it happened off the platform, or years in the past – may be kicked off Twitch forever. There is nothing in the rules requiring the perpetrator to be familiar with Twitch at all, nor the victim.

Indeed, the sprawling quantity of speech dismissed as ‘hate speech’ found on Twitch rivals that of Facebook or Twitter. Given that Twitch began as a live streaming platform for people to watch others play video games in real time – and given how obscenity-laden (yet mostly harmless) many gamers are in their online banter – Twitch seems to some to be shooting itself in the foot, potentially chasing its customers away.

The enforcement team noted that since Twitch offers so little context regarding surrounding events, reports would only be taken seriously if “evidence of these activities is “verifiable.”

“We will only take action when there is evidence, which may include links, screenshots, video of off-Twitch behavior, interviews, police filings or interactions, that have been verified by our law enforcement response team or our third party investigators,” it said.

The company also mentions seeking information from “third-party legal experts” on investigating “severe offenses” taking place outside the platform. Users might be persuaded into turning over their own live feeds (or permanently leaving them on, to catch reactions only of course!) in order to help law enforcement with their reports. Any user making large numbers of fake reports will be booted off the platform, but between banning the compulsive tattletales and the potty-mouthed streamers, it’s not clear who will be left to use the platform.

However, some users argued censorship was not enough, calling for banned users to be barred even from seeing a video on the platform – even though these videos are visible to users with no Twitch ID at all.

Twitch’s hateful conduct and harassment policy micromanages its users to such an extent that its feels the need to define the term “sarcasm” lest anyone get the wrong idea and start making jokes that are actually funny. “Attempting to promote hateful viewpoints under the guise of education or comedy will lead to suspension of your account,” the policy warns. Yet even as it hires more ‘diversity’ hawks, complaints about user behavior – about sexual harassment, racial slurs, and homophobia, and so on – are through the roof.