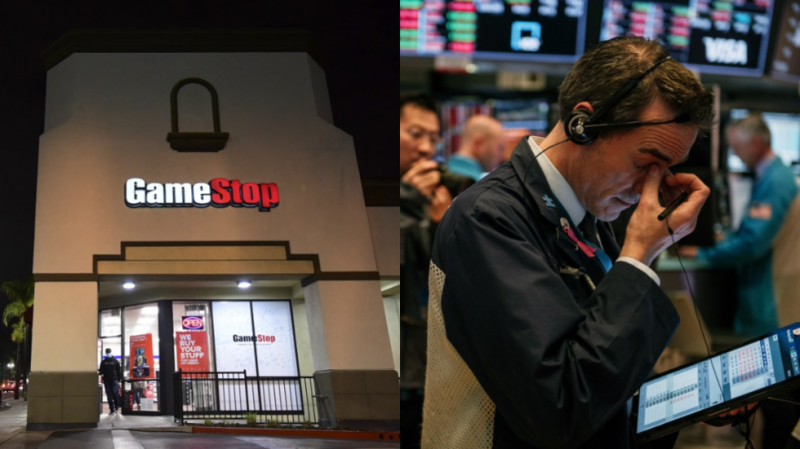 In the world of stocks, short-sellers identify failing companies and borrow shares in them, hoping that, as the price falls further, they’ll buy the borrowed shares cheaper, pay back their lenders, and keep the profit. It’s standard practice on Wall Street, but it’s resulted in astronomical losses for some of the finance industry’s biggest hedge funds this week.

A dedicated community of amateur investors bought shares in $GME, $AMC, $BB and $NOK (GameStop, AMC Theaters, Blackberry and Nokia) and other shorted companies, driving prices to dizzying heights and making off like bandits as the hedge funds scrambled to pay back their borrowed shares, some of which had increased in value by 1,000 percent by Thursday morning. According to Ortex, short-sellers were down money on more than 5,000 US stocks.

The short squeeze – a term used to describe the funds’ rush to buy back into a rising stock and cover their losses – has brought some of the US’ top hedge funds to the brink of bankruptcy. Citron Research, a fund that shorted GameStop, says it made a 100-percent loss on its investment, while Melvin Capital, which also bought into the video games retailer, needed a $3 billion bailout from friendly firms on Wednesday.

The short-sellers’ losses on GameStop stock alone on Thursday ran to over $14 billion, according to S3 Partners, another financial analytics firm.

With Wall Street in panic mode, trading in these volatile stocks was halted almost immediately after the opening bell rang at the Nasdaq in New York City on Thursday. Amid calls for regulation from industry spokespeople, trading app Robinhood – a favorite of the amateur traders – banned the purchase of several stocks, including $GME and $AMC.

Several other trading platforms followed suit, triggering accusations of “market manipulation” on behalf of Wall Street. As their users raged online, a class-action lawsuit against Robinhood was filed in New York on Thursday.