Home / policy / Meeting in Normandy format in the coming weeks are expected, – Klimkin

Meeting in Normandy format in the coming weeks are expected, – Klimkin 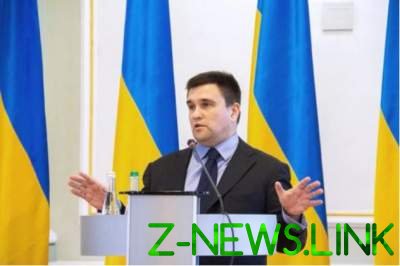 Also, while not talking about the Ministerial meeting.

Foreign Minister Pavlo Klimkin said that in the coming weeks, the meeting in Normandy format” (Ukraine, Russia, Germany and France) at the highest level are planned.

He stated at the briefing with the Minister of foreign Affairs of Lithuania Linas Linkevičius.

“I don’t know about the planning of the meeting “Norman format” at the highest level in the coming weeks. Also we are not talking about the Ministerial meeting. Of course, we need to first understand what we want to achieve,” he said.

According to him, earlier it was planned to hold such a meeting after the celebration of the anniversary of the allied landings in Normandy (6 June), however, still unknown, will there be a meeting, because it will depend on Russia.

We will remind, earlier the President Petro Poroshenko urged not to destroy the Normandy format. He also said that the meeting of leaders “Norman Quartet” may take place in June during the celebration of the memorable dates of the landing of the allies in Normandy.

On 12 April, after meeting with German Chancellor Angela Merkel in Berlin and French President in Paris, Poroshenko said that France and Germany agreed to meet in the “channel format” after the elections in Ukraine.

Russian President Vladimir Putin said at a meeting in June, was not invited, and in his day no such negotiations.