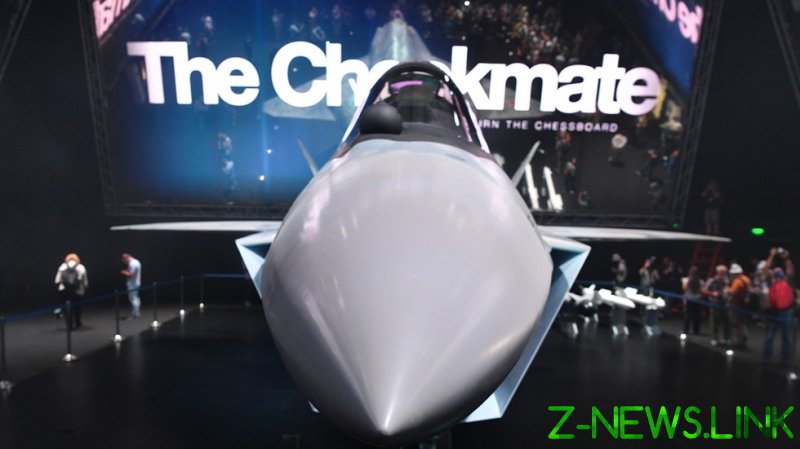 The new aircraft has become the star attraction at Moscow’s MAKS 2021 Air Show. Set for mass production in 2026, the multirole fighter can strike aerial, naval and ground targets, and has excellent maneuverability.

“The Checkmate is the younger brother of the Sukhoi Su-57. But it is smaller, lighter and cheaper, in terms of production and maintenance,” RT’s Yulia Shapovalova reported. She noted that the plane is poised to earn a top spot in Russia’s array of arms exports.

Designers described it as a plane with open architecture that allows clients to order versions in accordance with their needs.

“All this is much more fitted for the customer, who often does not need the functionality that the unique Su-57 has,” Yuri Slusar, the head of the majority state-owned United Aircraft Corporation told RT.

“Many air forces of countries – especially small countries – have a rather limited range of tasks and a limited budget,” Slusar said, adding that foreign buyers can choose a version of the jet tailored for their specific needs.

The Sukhoi Su-57 is a fifth-generation multirole fighter capable of destroying all types of targets. The jet is equipped with stealth technology, can develop supersonic cruising speed and has advanced onboard radio-electronic equipment, including a powerful computer, a radar system spread across its frame, and an armament placed within the fuselage.