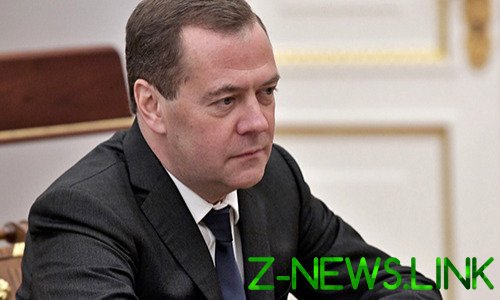 The current crisis in the economy might prove harder than in 2008-2009. This opinion was expressed by the former head of the Russian government Dmitry Medvedev, who now holds the position of Chairman of the security Council.

“The current crisis, obviously, certainly not less severe, and may be more severe than the crisis of 2008-2009”, — have declared Medvedev. In his opinion, the state in this situation you need to react quickly to a changing situation.

The crisis in the Russian economy occurred on the background of falling oil prices and pandemics coronavirus. According to analysts of the international insurance company Euler Hermes, Russia’s GDP this year will contract by 2.5 percent from the level of 2019. Earlier, the head of the accounts chamber Alexey Kudrin said that by the end of this year, the fall in Russia’s GDP will amount to about 5 percent.

A prediction about the changes in the world economy that will occur under the influence of the pandemic did in the UN. In particular, the report of the organization says that the world will see explosive growth of unemployment, the losses incurred by small and medium enterprises, agricultural workers, self-employed and migrant workers. In turn, the head of the International monetary Fund (IMF) Kristalina Georgieva has called the current global economic crisis the worst in the last 100 years, comparing it with the great depression that began in 1929.