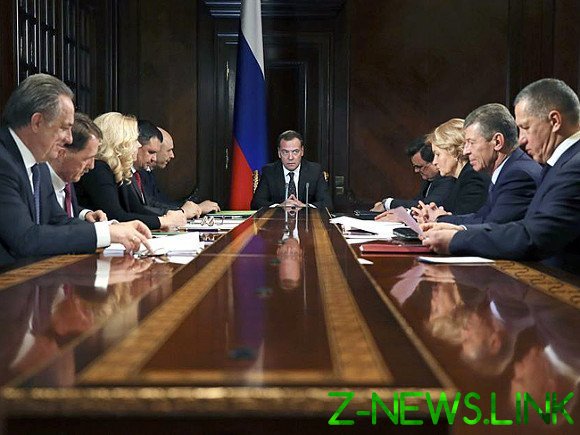 The Chairman of the government of the Russian Federation Dmitry Medvedev considers that the situation with the expenditure of funds for national projects while “more or less acceptable”, while “challenges remain”. He stated this today at the meeting of the Presidium of the Council for strategic development and projects.

According to the Prime Minister, “of the 1.7 trillion rubles allocated for the current year, cash performance now is approximately 661 billion (by the end of the first decade of July)”.

“In General, it is more or less acceptable situation. But challenges remain, and where they remain, of course, this work will need to speed up, work more efficiently, more actively”, — said the Medvedev.

Recall that the 12 national projects, including demographic, health, housing, the environment, was approved for implementation of the tasks set in the may decree of President Vladimir Putin. National projects will be implemented before 2024, and the total costs are estimated at 25.7 trillion rubles, including more than 13 trillion from the Federal budget.

June 20, in the direct line of communication with Russians, Putin said that the national projects are goal is to put the Russian economy on a new track, to increase productivity, raise the standard of living of citizens. “It was a big job. First of all, we need to understand, due to what we will achieve results”, — he added. To seek sources of financing of national projects, had to go to the “unpleasant decisions”, the President said, speaking in particular about the VAT increase to 20%.

“But we had hoped that this will lead to favorable consequences,” said the President, noting that even though inflation and grew in the first six months, is now recovering. “Yet what we expected, this works,” he added.