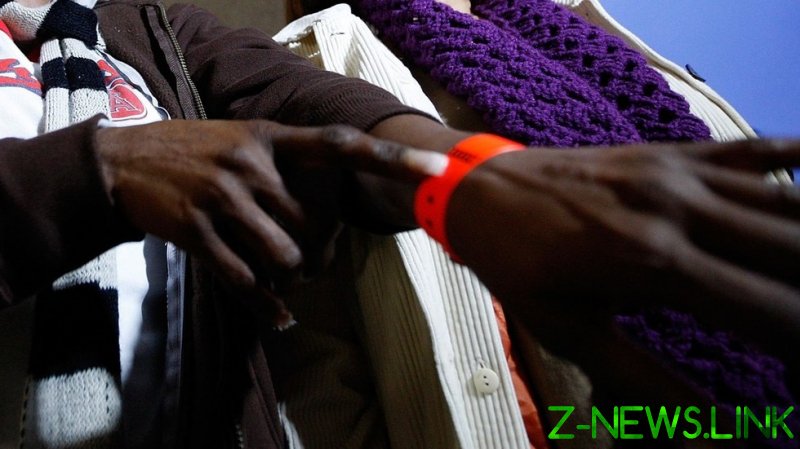 The unorthodox suggestion comes from the Behavioural Insights Team (BIT), a group of experts devising crafty plans on how to improve people’s compliance with government policies. The group observed a recent project in Slovakia, in which 3.6 million people aged between 10 and 65 were tested in just two days. It amounted to an astounding 97 percent of those the government wanted to test, so the BIT made a few suggestions on how this success could be replicated on British soil.

A key part of the strategy would be a carrot and stick approach, according to the experts. The ‘stick’ part in Slovakia was a strict curfew introduced last month. The ‘carrot’ part came in the form of certificates issued to Slovaks who tested negative, which meant they were released from harsh restrictions.

In Britain, the public could be offered the chance “to get back some freedoms if they test negative,” the BIT said. And to facilitate monitoring, people free from Covid-19 could be given paper wristbands “for easier recognition on whether they can enter venues.”

Unsurprisingly some Britons found the idea of a government-issued accessory necessary to participate in social life unappealing. One commenter called the proposal “medical tyranny” and said that it resembled the Star of David patches which the Nazis mandated for Jews living under their reign of terror. Another one said they were worried that too few people expressed concern with the idea.

Others brushed off the dictatorial overtones, arguing that the British government lacked competence to mass test and tag people anyway.

The BIT’s other ideas on how to nudge Britons into mass testing include enlisting the help of the royal family and religious leaders to deliver the rallying call, create a spirit of national resistance under a unifying message like “save Christmas,” and offer various benefits to participants and volunteers who will be required for such an endeavor.

The logistical side of Slovakia’s mass testing was quite massive and involved the military. Replicating it would require about 1,000 testing locations and 8,000 staff per one million of the population, the BIT estimated.