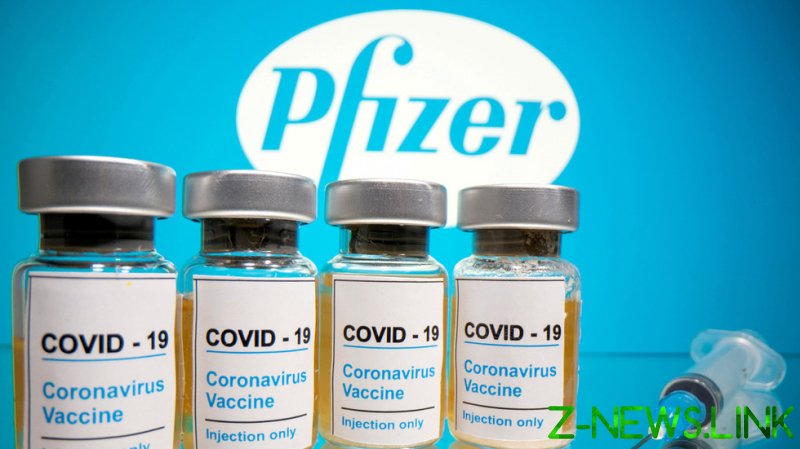 Created alongside German firm BioNTech, the vaccine received emergency use authorization from the FDA on Friday, after an agency meeting earlier this week recommended it be cleared for use by those 16 and older. President Trump hailed the move in a video statement moments after the jab was approved.

“Today our nation has achieved a medical miracle. We have delivered a safe and effective vaccine in just nine months,” he said. “This is one of the greatest scientific accomplishments in history. It will save millions of lives and soon end the pandemic once and for all.”

The regulatory body later released a statement, shared on Twitter, announcing the move, saying the available evidence suggests that “the known and potential benefits outweigh the known and potential risks” for the vaccine, reiterating a conclusion reached by an independent advisory panel that met on Thursday.

With the FDA’s nod, the United States became the sixth nation to approve the Pfizer immunization – behind the UK, Canada, Bahrain, Saudi Arabia and Mexico – while other European states are expected to follow suit in the coming weeks.

The president’s grand announcement was somewhat spoiled by a story in the New York Times some 20 minutes earlier, with the paper being first to report the authorization, citing three anonymous sources who were not authorized to make the news public.

Earlier on Friday, White House chief of staff Mark Meadows reportedly issued an ultimatum to FDA chief Stephen Hahn that he should prepare to resign from his post if the authorization did not come before the weekend, a senior administration official told several media outlets. However, the official told Reuters the warning “wasn’t a red line,” but merely a way to motivate “the FDA to act quickly and get the job done and stop the delays.” The White House declined to confirm the report, only noting that Meadows frequently requests updates on the FDA’s progress.

Though the Pfizer-BioNTech vaccine is the first to be green-lit in the US and the west, Russian scientists developed the world’s first immunization for the coronavirus, dubbed Sputnik V, earlier this year. The Russian vaccine began large-scale deployment this week, with health officials aiming to dole out around 100,000 doses by the end of 2020.