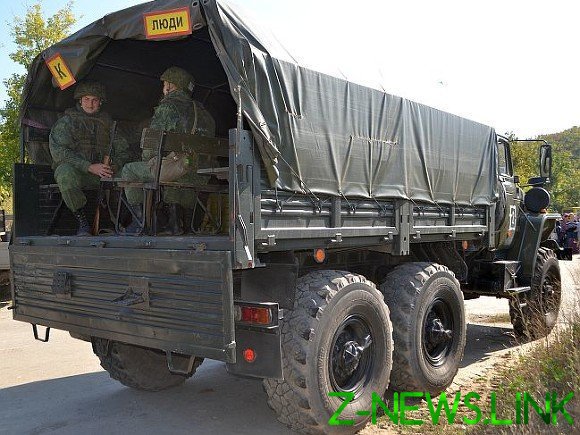 In the Donbass in several directions at once noticeable accumulation of military equipment. This is reported by Ukrainian mass media with reference to the monitoring mission of the OSCE.

On the official page of the headquarters of the NFB in Facebook notes that “in violation of the agreements on the withdrawal of heavy weapons from the demarcation line in the Donbas militias contracted a significant number of tanks, artillery and other heavy weapons”.

Earlier the forces of the breakaway Donetsk national Republic reported that suppressed the firing point of the Ukrainian military. According to the militia, destroyed the point of the shelling was carried out of the village Staromykhailivka near Donetsk. In DND stated that the Ukrainian army opened fire with heavy machine guns and small arms at the transformer substation. In a result, more than 60 houses were left without electricity. In turn, the Ukrainian defense Ministry accused the DNI and the LC in 11 attacks with the use of a prohibited artillery.