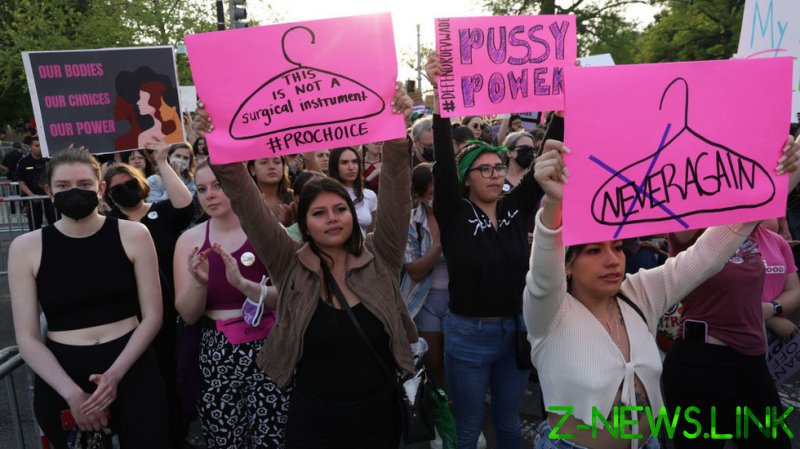 US media outlets went beyond decrying a draft Supreme Court ruling that would strike down the constitutional protection of abortion rights. Vice News went so far as to promote a video explaining how to make do-it-yourself abortion pills with an active ingredient that is also used to treat ulcers in horses.

The drug, misoprostol, “is relatively easy to acquire from veterinary sources,” Vice’s Motherboard account said on Tuesday in a Twitter post promoting the article. The article linked to a 17-minute instructional video produced by an “anarchist collective” and briefly explained the process for making the DIY pills.

While acknowledging that it couldn’t speak to the safety of taking DIY abortion pills, Vice touted misoprostol’s efficacy in terminating pregnancies and defended the idea of offering such instructions. “In a progressive and just world, abortions would be free and safely administered by medical professionals,” the article said. “But we have seen time and time again that attacks on abortion access lead to less safe abortion alternatives performed by a patient themselves or without medical supervision.”

The article was just one of the more extreme media responses to a draft Supreme Court ruling that was leaked on Monday night to another outlet, Politico. The ruling, which was confirmed as authentic by Chief Justice John Roberts on Tuesday, would overturn Roe v. Wade, the 1973 Supreme Court decision that found abortion to be a constitutional right. If the ruling is officially made this summer, as expected, it would leave abortion rights up to state governments to decide for their own jurisdictions. 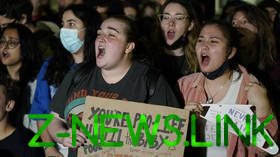 MSNBC contributor Elie Mystal agreed with the court’s finding that the framers of the US Constitution didn’t guarantee abortion rights, saying, “The founding fathers didn’t recognize abortion as a fundamental right because the founding fathers were racist, misogynist jerkfaces who didn’t believe that women had any rights at all.” NBC News posted an article on the health risks that women would face as a result of the ruling.

Vice lamented that instructions on DIY abortion pills would need to be offered, saying it “speaks to the horrifying nature of the world we’re finding ourselves in and the potential lengths women might need to go to have an abortion in a world without the protections of Roe v. Wade.”

It’s ironic that the pill’s active ingredient is a horse medicine, inasmuch as Vice and other media outlets mocked podcast host Joe Rogan last year for saying he used ivermectin to recover from a Covid-19 infection. Vice accused Rogan of spreading “misinformation about the horse-deworming drug he took,” noting that it wasn’t an approved treatment for the virus. 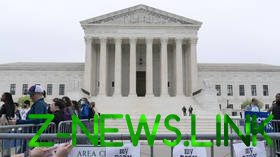 While studies show misoprostol is generally considered safe and effective, it can cause uterine rupture and other serious side effects in rare cases. Those risks are greater when the drug is taken in incorrect doses, as evidenced by a 2016 study in Madagascar.

According to the study’s authors, including Dolores Pourette of the Institute of Research for Development (IRD), “Use of misoprostol without information on correct use may not be as unsafe as traditional and invasive methods of abortion, but the women we interviewed were still experiencing serious complications and required urgent treatment postabortion.”