Media: NATO is going to accuse Russia of lying 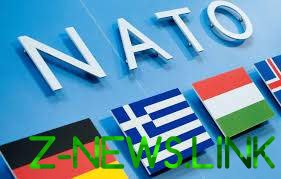 NATO believes that Russia consciously to mislead others in.

NATO is going to accuse Russia of a conscious misrepresentation. The Alliance thinks that Russia is deliberately underestimated the number of troops participating in the exercise “Zapad-2017”, writes the German newspaper Die Welt, citing sources in NATO.

This issue will be raised at the meeting of the NATO Council – Russia, which will take place on the same day, 26 October, in Brussels. “We quite clearly state, what do you think about this behavior” – quoted media sources in the North Atlantic Alliance.

See also:  In the Donbas was relatively calm

Meanwhile, in July at the Council meeting, NATO representatives did not hide their skepticism about the real numbers of participants in the exercise. NATO Secretary General Jens Stoltenberg has said that, based on previous experience, Russia may understate the number of military involved in the exercises.

Read also: Russia made a statement on the crimes with chemical weapons in Syria

Russia said that the exercises involved 12 700 soldiers. For its part, NATO experts, analyzing data, satellite imagery, came to the conclusion that the maneuvers were involved tens of thousands of soldiers. As was stated by the NSDC Secretary Oleksandr Turchynov, the Russian Federation involved in the exercise 10 times more troops – about 120 thousand soldiers. At the same time, for exercises with military units in excess of 13 thousand people, requires the participation of observers from the Organization for security and cooperation in Europe (OSCE), which, however, was not present at the maneuver

See also:  Russia is preparing to inflict a serious "blow" for US