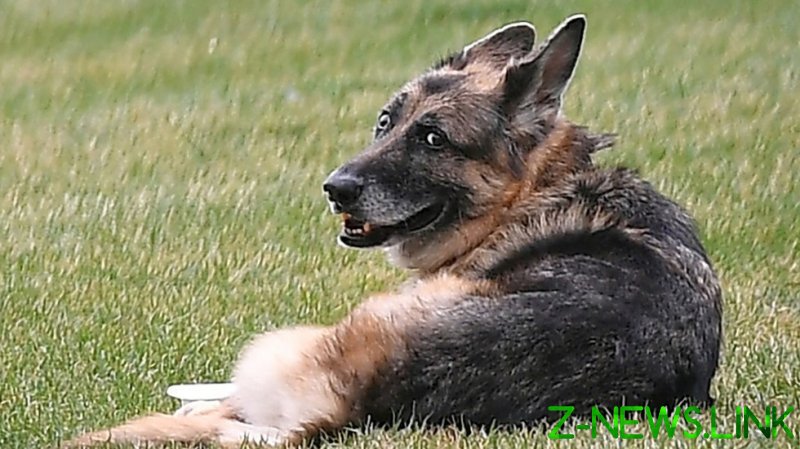 President Joe Biden and First Lady Jill Biden announced, with heavy hearts, the death of their 13-year-old German Shepherd on Saturday. Champ “passed away peacefully at home,” we’re told, so there’s that, but the news hit the press corps like a ton of bricks.

Name the mainstream-media outlet – CNN, NBC, CBS, ABC, NPR, USA Today, Forbes, People Magazine, etc. – and you can be sure that it took time out from race-baiting and gun-grabbing narratives to pen a sentimental obituary on Champ’s sad death. Even the overseas press saw the great importance of the story, with the Guardian giving us 10 heartfelt paragraphs on noble Champ’s life and death.

We were treated to such details as when and where the Bidens acquired Champ, how he would signal a request for an ear scratch or belly rub, and his early days chasing golf balls on the Naval Observatory grounds, when Biden was vice president. “He loved nothing more than curling up at our feet in front of a fire at the end of the day, joining us as a comforting presence in meetings, or sunning himself in the White House garden,” the Bidens recalled.

The Guardian even managed to get in a dig at former President Donald Trump, noting that Bad Orange Man was the first commander-in-chief in more than a century to occupy the White House without a pet dog. Trump told supporters that getting a dog to score political points seemed “phony” to him. Some outlets even accused Trump of hating dogs, which GQ magazine said was an indication that he’s “un-American” and has a “tiny mind.”

So the media fawning (and crying) over the Biden family pets – which began even before the new president took office in January – is partly about showing contrast with Trump. Nice people in America are expected to have dogs, and Biden’s battle for “the soul of America” wouldn’t be complete without returning Man’s Best Friend to the White House.

Come on, man. Uncle Joe has issues, like mixing up just about everything from Libya and Syria to his wife and his sister, but he’s a nice guy. He’s brought “norms” back to Washington. He’s got aviator sunglasses, and he doesn’t try to tell the intelligence agencies that they’re not in charge.

After devoting themselves to driving Trump from office – as CNN technical director explained in an undercover Project Veritas interview – legacy media outlets now do their best to protect their dear leader. After four years of badgering, demonizing and lying about Trump, they treat Biden more like a king than a president. They’re so soft on Biden that they’re giving new meaning to puff questions, such as when CNN host Brian Stelter used his opportunity of an interview with White House press secretary Jen Psaki to ask, “What does the press get wrong when covering Biden’s agenda?”

Stories that are unflattering or embarrassing for the president, such as his son’s use of the N-word and alleged influence-peddling in China and Ukraine, aren’t told. And if some uncomfortable moments sneak out, such as when Biden snapped at a CNN reporter for asking him a question that he didn’t like after his meeting this week with Russian President Vladimir Putin in Geneva, wounds are quickly mended.

Biden apologized for being a “wise guy,” but he was forgiven in advance. “He did not have to apologize, though I appreciate he did,” reporter Kaitlan Collins said.

Can anyone imagine a similar response to a Trump outburst? How might the coverage of a major foreign policy trip have been if Trump had repeatedly mixed up the names of countries, wandered around looking lost at a café, and forgot that a world leader had already been introduced? The media was so hungry to shame Trump that multiple outlets even lied about Trump’s fish-feeding etiquette during a trip to Japan.

The kid-gloves treatment of Biden extends to his family, human and otherwise. Champ and the president’s other German Shepherd, Major, were sent home to Delaware in March after Major bit and injured a Secret Service employee at the White House. After getting some remedial training and returning to Washington, Major bit another White House worker a few days later.

Nevertheless, the puff pieces continued. Jill Biden went on NBC’s “Today” show to explain the difficulties that Major was having in adjusting to White House life. “He is such a sweet, loveable dog,” she said. “He really is.”

If poor Major had been owned by Trump, rather than Biden, the media pundits would have been demanding that he be sent to the doggie gas chamber.

Champ’s death marred the happy occasion of Juneteenth, the newest federal holiday, celebrating the end of slavery in the US. Biden signed a bill making Juneteenth a federal holiday on Thursday – continuing his strategy of pandering to identitarians — and the media marked the occasion by noting how such a move wouldn’t have been even imaginable a year ago, when Trump was in office.

They neglected to mention that Trump called for making Juneteenth a federal holiday last year. Nor did they mention that a year ago, Biden didn’t even know what Juneteenth was. The facts that the propagandists choose not to report are as telling as those that they emphasize.

While CNN has deemed plenty of Biden news to be unworthy of reporting – like just about anything involving Hunter Biden – it posted a 19-paragraph obit on Champ. It took two reporters to tell the sad tale. It ended with the Bidens saying, “We love our sweet, good boy and will miss him always.”

There was not a dry eye in the newsroom.