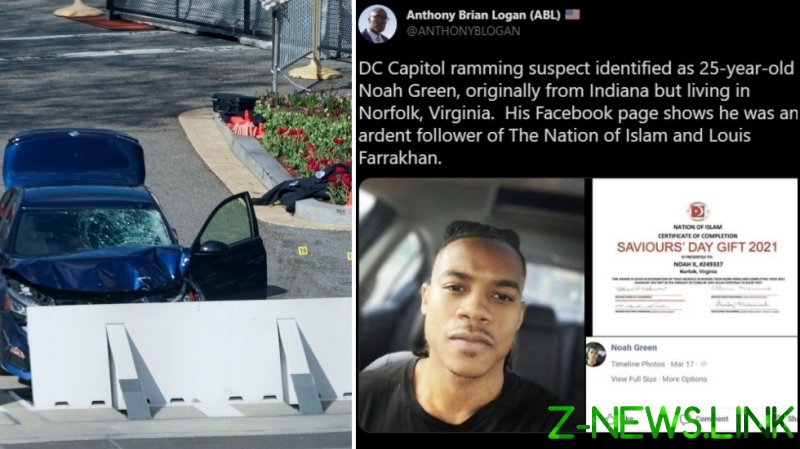 Green allegedly drove a car into security barriers outside the US Capitol on Friday afternoon, injuring two Capitol Police officers, one fatally. Police say he was shot by the officers as he left his vehicle and lunged at them with a knife.

Despite their investigation being in its early stages, police say they have so far ruled out terrorism as a motive.

President Joe Biden has called the incident an “attack,” while House Speaker Nancy Pelosi (D-California) has dubbed the deceased officer a “martyr for our democracy.”

While police have not released any details about the suspect in the immediate aftermath of the attack, information obtained by NBC News identified him as 25-year-old Noah Green of Indiana. The African-American man was earlier seen being carried away from the scene of the attack on a stretcher by paramedics, and died shortly afterwards.

According to Green’s Facebook page, he was a follower of the Nation of Islam, a black nationalist interpretation of Islam that once counted Malcolm X and Muhammad Ali as members. Its current leader, Louis Farrakhan, often draws media attention with his anti-Semitic speeches.

Police have identified the deceased officer as William Evans, an 18-year veteran of the force. He was hospitalized following the Friday incident, but succumbed to his injuries in hospital. 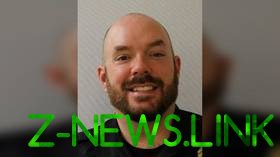 US Capitol Police Officer William “Billy” Evans, killed in the car ramming attack on the Capitol on April 2, 2021. ©  U.S. Capitol Police/Handout via REUTERS