Media: France “caught” on the financing of ISIL militants 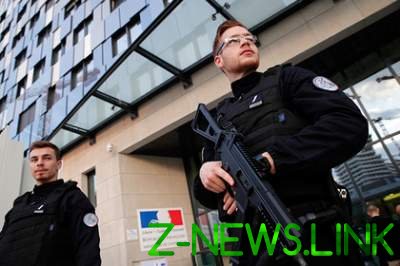 In France, the militants were paid the allowance.

Similar conclusions were made in the course of the investigation, which was conducted in France and other European countries. As it was established law enforcement agencies from 2012 to 2016 militants illegally received as social benefits more than two million euros, of which about 500 thousand euros has been allocated to the citizens of France. Thus, it was found that over the past year, French jihadists fighting for the Islamic state, received about 420 such illegal payments.

See also:  The murder of Ukrainian in Poland: new details

According to the investigator in the centres for social welfare were asked by the relatives of the militants, who demanded their name benefits. The money then went to terrorists through intermediaries, mainly through Turkey. In total, the investigation has established the identity of 210 Turkish and Lebanese intermediaries, and 190 French.

To stop this channel of funding terrorists was only last year after police handed over to the social welfare centres the names of all French citizens who have left the country.

Also read: Weinstein has filed a lawsuit against his own company

See also:  In France have discovered the remains of an ancient creature

According to The Telegraph, in France the unemployed can count on a benefit equal to 75 percent of their last salary, the minimum amount is around 545 euros per month.