Stories about the walking dead and stinking, it seems, will never go out of fashion. It would seem, is nothing new in the subject already will not tell, and drat – shoot and shoot further. And the demand is there. So. not to pass. At least a few times a year in movies without him exactly nowhere.

Festival premiere canadian indie horror film “the Cabin of death” (Dead Shack) took place in the summer, and now the home came the release in iTunes, on VOD services and DVD. In honor of this momentous event in the Network appeared the trailer, and it definitely deserves the attention of fans of zombies.

The synopsis is fairly straightforward:

Three teenagers are forced to save considerably tipsy parents from the crazy neighbor at the cottage. She wants to feed them to their family, who have turned into zombies.

In General, people came good in the next cabin in the woods, and she suddenly turned into a shack of death. Because with the walking dead in the vicinity of any holiday becomes much more interesting. And more fun, because we are not very serious version of zombie horror with blood and guts here, there are enough jokes with rhymes. Apparently, the movie is fun and cheerful sight. Something that is necessary.

See also:  "Nosferatu" was made in color -- almost the color

To Russian cinemas movie hardly gets, so it remains to find the “Hut of death” on the Internet. I think it is worth it to at least be curious. 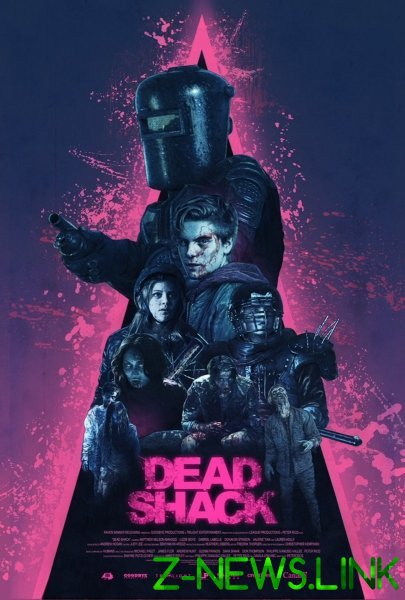