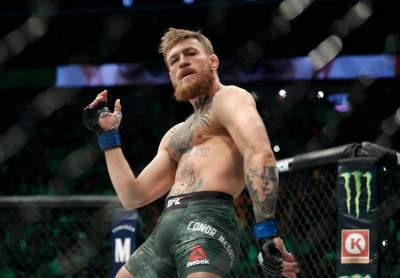 The former champion of UFC in two weight categories Conor McGregor expected back in the octagon.

Last week, the 30-year-old McGregor has sensationally announced his retirement. Many did not take it seriously, as an Irishman a few years ago already left the martial arts, but quickly changed his mind and continued his career. It happened this time.

“I want to move forward together with the fans, what religion they profess and wherever. All religions urge us to be better. This world is common to all. So I’ll see you in the octagon,” wrote McGregor on his page on “Twitter”.

See also:  Salah named footballer of the year in Africa

The MacGregor is enough attractive options to return to the UFC. Recently the ex-champion once again had a fight with Habib Nurmagomedov, ready to fight with the Irish, and Tony Ferguson.

See also:  In the suburbs, two people died from electric shock after a cable break

The fight with Nurmagomedov was McGregor’s first in the UFC since November of 2016. A pause in MMA-career Conor did for money Boxing fight with Floyd Mayweather in August 2017 Irish 10-round fight with the legendary American earned about $ 130 million. That fight McGregor lost by TKO.