Home / WORLD / Mbappe welcomes Messi to PSG despite claims he is unhappy with his arrival, as Real Madrid reportedly prepare offer

Mbappe welcomes Messi to PSG despite claims he is unhappy with his arrival, as Real Madrid reportedly prepare offer 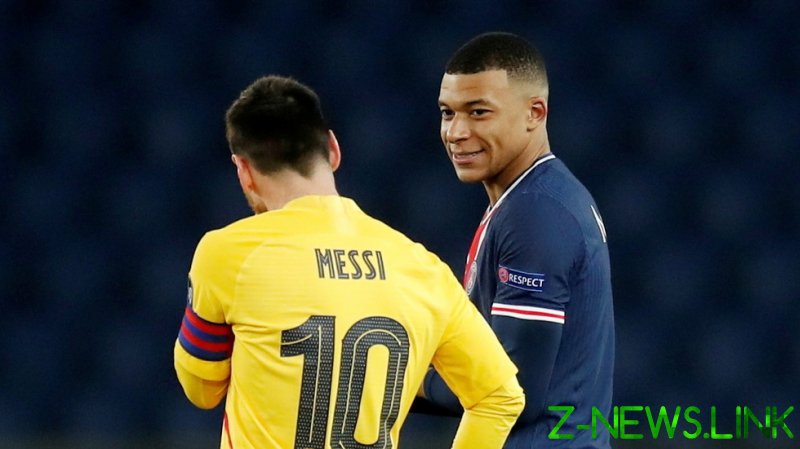 As is always the case with a transfer of this magnitude, Messi joining the Ligue 1 giants from FC Barcelona at the turn of the week is already having a domino effect on European football.

Wonderkid Mbappe, who arrived at the Parcs des Princes in the same summer as Neymar from Barca in 2017, has long been linked to the Catalans’ bitter rivals, with Florentino Perez accused of meddling in their affairs to push Messi out of the Camp Nou.

This has come about by Real Madrid and Barcelona rejecting their portion of a loan granted by investment fund CVC buying a 10% stake in La Liga, with the two Spanish heavyweights attempting to keep their Superleague dreams alive alongside Juventus.

And while fans and pundits are salivating over whether the Neymar-Messi-Mbappe trident could be the greatest ever seen without having kicked a ball together yet, it could be short-lived for just a sole season with Mbappe’s contract set to expire in under 12 months.

Planning to be the leader of QSI’s sporting project but now in the shadow of not just Neymar and Messi too, La Gazzetta dello Sport relay that the youngster “did not like” his club’s latest signing “at all” and will make an announcement on his future on Monday.

If Mbappe really feels that way, he has hidden his sentiments well by welcoming the six-time Ballon d’Or winner to the squad via a Twitter post this afternoon which also contained photos of the pair hugging.

President Nasser Al-Khelaifi has put pressure on the 22-year-old to stay by stressing at Messi’s unveiling yesterday that Mbappe has now been given everything he wants.

“Mbappe said: ‘I want a great team’. Right now, he has a great team, one of the best in the world. He has everything to continue here. I told him, he has no excuses to leave,” the mogul said.

“Mbappe is Parisian, very competitive. He wanted a competitive team, I think there is nothing more competitive as a team [as that PSG have], he has no excuses,” he added later, partly repeating himself.

But AS write today how “PSG have already agreed that Mbappé will be heading to the Bernabéu at the end of next season, for free”, with the World Cup winner having “very clear ideas about his stalled renewal” while “nothing will make him change his mind”.

This, the Madrid-based publication alleges, paves the way for them to land Cristiano Ronaldo, who will join on a free from Juventus next season and form a trio with Neymar and Messi that is simply the stuff of dreams.

“Al-Khelaifi’s ambition has always been to bring the three players together in Paris and now that Messi’s deal has been finalized, he is getting closer and closer,” the paper adds.

In the meantime, though, Cadena SER report that a supposedly-cash strapped Blancos outfit are readying a $140 million package to land Mbappe post-haste, and will not wait until he is no longer attached to PSG.