Maze Alpha X is a flagship smartphone without frames from China

Company Maze, appeared relatively recently on the global mobile market, is working on a new smartphone Alpha X, quite capable to compete with top-end gadgets And brands. This is an inexpensive and, importantly, frameless phablet three screen frame which will be barely noticeable due to their minimal thickness. 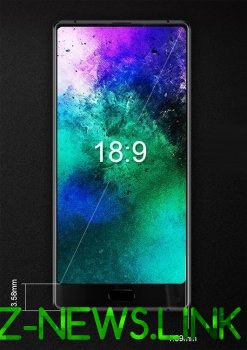 In other words, the design concept of the Maze Alpha X is the same as Xiaomi Mi Mix 2, but cost it, according to rumors, will be at least one and a half times cheaper because no one will buy the smartphone from the manufacturer of the third echelon for a lot of money. Maze Alpha X, by the way, has something to offer to its potential buyers, for example, a Full HD screen with diagonal of 6 inches and an aspect ratio of 18:9 which is almost 90% front panel and is closed by glass Gorilla glass 5. Along with the expected display built-in memory to 64 or 128 gigabytes, and RAM is 6 GB, but the processor is not disclosed, so there is the probability of a chip from MediaTek.

Maze X Alpha will have a fingerprint scanner, camera Sony 16 and 13 MP, battery 4000 mAh, USB-C port and the rear panel with the cover glass Gorilla Glass 4. The smartphone will go on sale before the end of the year in the black, blue and silver hues of the case, the frame of which is made of metal.