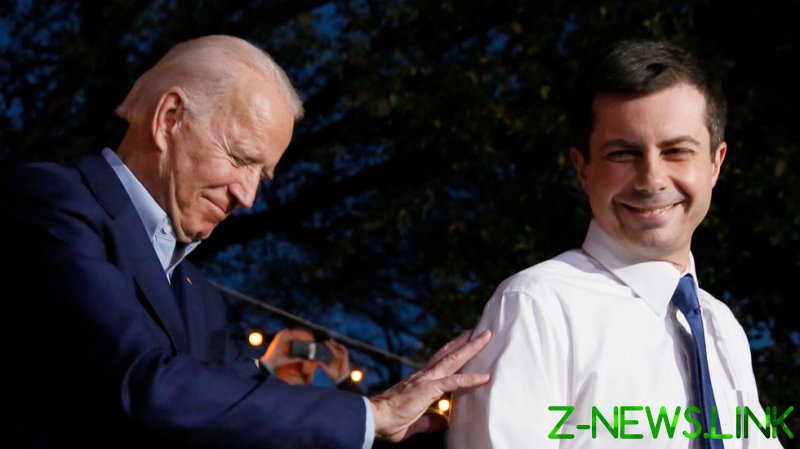 After previously being considered for such posts as US ambassador to the United Nations and commerce secretary, Buttigieg emerged as a top candidate for the transportation secretary in recent days, CNN said. Rhode Island Governor Gina Ralmondo, former Chicago Mayor Rahm Emanuel and Los Angeles Mayor Eric Garcetti reportedly were among the other candidates considered for the job.

Buttigieg performed surprisingly well in the initial Democrat primaries and became a key ally of Biden after he dropped out of the race just two days before Super Tuesday, helping the former vice president gain the upper hand over US Senator Bernie Sanders. He and another candidate, Senator Amy Klobuchar, endorsed Biden just one day before Super Tuesday.

Buttigieg, 38, was formerly mayor of South Bend, Indiana, a city of only about 100,000 people. He was declared winner of the Iowa caucuses in February, despite getting fewer votes than Sanders. The Iowa contest was marred by failures involving a voting application, developed by Shadow Inc., which had received thousands of dollars from the Buttigieg and Biden campaigns for separate projects.

As transportation secretary, Buttigieg could play a key role in Biden’s plans for a major infrastructure development push and gain experience that could help him win elected office in the future. Although he has garnered attention as a diversity candidate because of his sexual orientation, Buttigieg has establishment ties as a former McKinsey & Co. consultant. McKinsey’s has such alumni as Chelsea Clinton, Google’s Sundar Pichai, Facebook’s Sheryl Sandberg, UBS AG’s Peter Wuffli and Senator Tom Cotton.