Match “Shakhtar” – “Feyenoord” will be served by referees from Greece 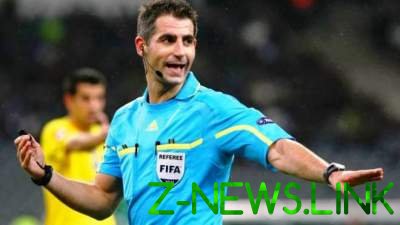 The judicial Committee of UEFA has named the referees who will work on the Champions League match between Shakhtar and Feyenoord.

Main referee of the match appointed Greek Tasos Sidiropoulos, the official site of UEFA. Polihronis Kostaras and Lazaros Dimitriadis will take over the functions of the linesmen, and the additional assistants will be Haralambos Kalogeropoulos and Alexandros Aetopulos. The fourth referee is appointed Damianos Efthimiadis.

Sidiropoulos serving international matches since the 2011-2012 season. In arbitration, the Greek Dynamo in the group stage of the Europa League 2013-2014 in Kiev lost to the Belgians (0:1). Shakhtar in the 2014-2015 season in an away match of the Champions League shared the points with Atletico (0:0), and the next season away unexpectedly lost to Malmo (0:1).

See also:  Nadal Monday will become the first racket of the world

Shakhtar to a re-match with Feyenoord is suitable with the prospective standings. The Pitmen with six points occupy the second place in group F. If Shakhtar won’t lose to the Dutch, for two tours before the end of the group stage guarantees a Champions League group.

Match of the group stage of the Champions League between Shakhtar and Feyenoord will take place on Wednesday, November 1, in Kharkiv at the Metalist stadium.