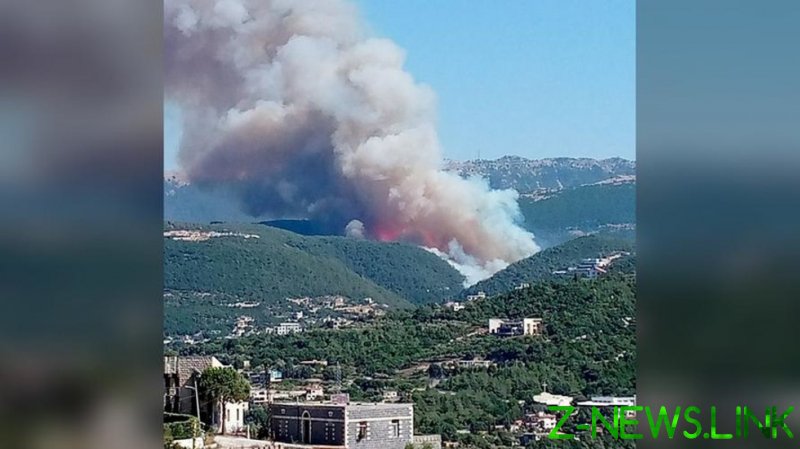 Hot weather and strong winds have descended upon the country’s northern province of Akkar, fueling multiple wildlife fires. On Wednesday, a massive wildfire broke out close to the town of Qoubayat, the largest Christian settlement in the region.

Footage from the scene shows the flames spreading extremely rapidly across wooded mountains, consuming iconic Lebanese pine forests. The blaze quickly approached the town, as well as other villages in the area.

The flames have forced many to flee their homes, even where it involved dashing through the hellish burning landscape in a desperate bid to save their lives, some belongings and livestock.

Firefighters, as well as the country’s military, have been dispatched to the area to battle the flames. At least one volunteer firefighter died in the effort after suffering an injury to the head, state-owned National News Agency reported.

President Michel Aoun has tasked army and civil defense chiefs to seek help from neighboring Cyprus. In previous years, the island nation repeatedly sent in firefighting helicopters if Lebanese wildfires got out of hand.