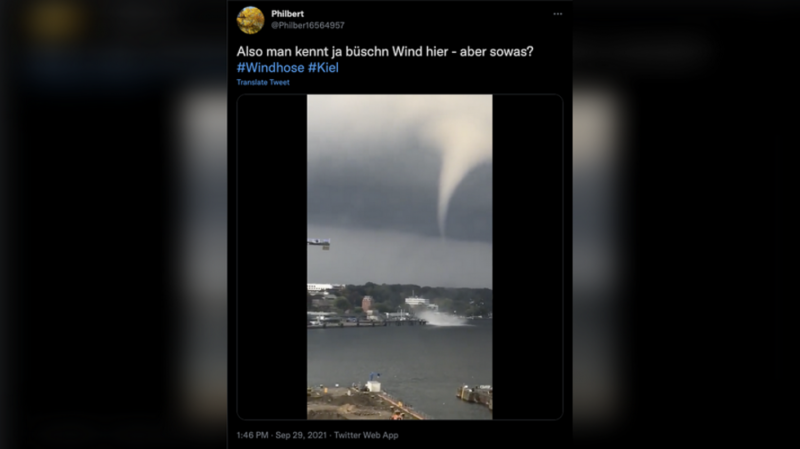 Seven people were injured when the tornado hit Kiel on Wednesday evening, three of them severely, according to local news outlet Kieler Nachrichten. The ominous wind formation also caused major property damage, ripping roofs off houses and lifting boats out of the water. Police and fire department personnel have reportedly been deployed “on a large scale” to help with cleanup and rescue efforts.

Shocked onlookers posted video of the tornado – initially called a waterspout – to social media, showing the thin, but towering, formation looming large over the port city.

Germany has been struck with more than its usual share of odd weather this year. Another tornado hit Grossheide in August, damaging over 50 houses but mercifully sparing their unfortunate inhabitants.

That came just a month after the neighboring states of North Rhine-Westphalia and Rhineland-Palatinate were slammed with floods that claimed almost 200 lives.German prosecutors have accused the local government of failing to warn the states’ inhabitants of the coming disaster, a lack of information they say contributed to the high death toll – even going so far as to term their behavior negligent homicide.

However, weather forecasters have noted that tornadoes are much harder, if not impossible, to predict than flooding, and Kiel meteorologist Sebastian Wache suggested that a repeat experience was highly unlikely. He likened trying to predict tornadoes to “trying to predict where the first water bubble will rise in a saucepan,” a comparison that doubtless did little to reassure those whose houses had fallen in the path of the most recent storm.