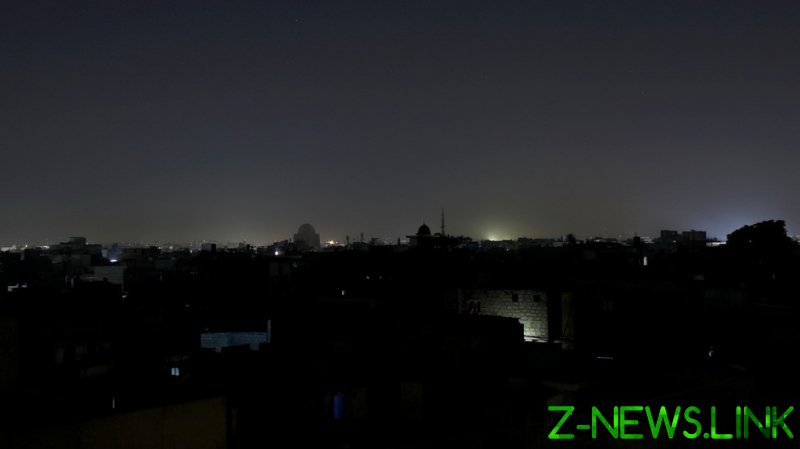 “A countrywide blackout has been caused by a sudden plunge in the frequency in the power transmission system,” Pakistani power minister Omar Ayub Khan wrote on Twitter, shortly after the country was plunged into darkness before midnight on Saturday.

Pakistanis soon shared pictures of their blacked out cities and towns, with the starry night sky clearly visible above without the usual light pollution.

Khan added that repair crews had been dispatched to power stations, and urged citizens to remain calm.

Government spokesman Imran Ghazali said shortly afterwards that power would be restored to Islamabad within three hours, and to the rest of the country by Sunday morning.

Abid Qaiyum Suleri, an economic adviser to Khan, said on Twitter that a 500KV transmission had broken down, though Suleri did not know exactly how. He suggested that fog or an “uptake issue” from the Tarbela Dam hydroelectric plant could have been responsible.

However, other theories soon spread in the darkness. Some predicted a coup against Prime Minister Imran Khan. Others warned of an impending attack by India.

Other commenters stepped in to remind them not to panic, to wait for power to be restored, and to “go to sleep early tonight.”

While rebel attacks have caused massive blackouts in Pakistan before, the country’s crumbling infrastructure and growing demand for power often leave citizens without power for hours on end. However, new Chinese-built power stations and supply lines are beginning to make up the shortfall.