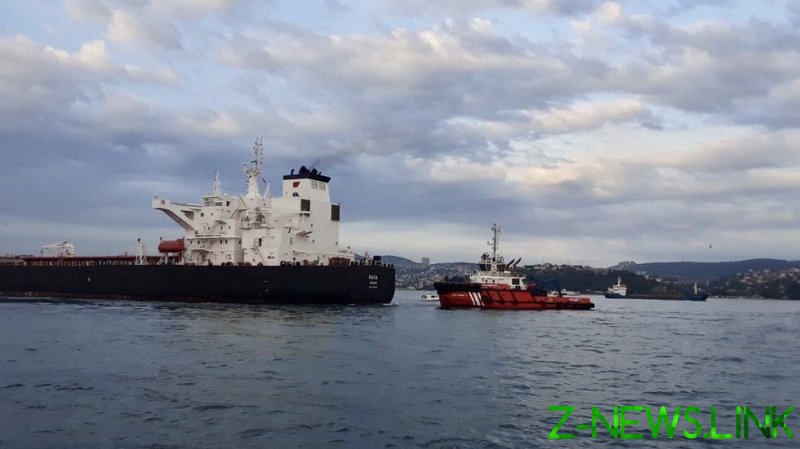 The crude oil tanker RAVA started drifting towards the shore in the Bosphorus – a key transport artery in connecting the Black and Aegean Seas – on Friday.

The massive vessel, which reportedly suffered a malfunction with its controls, was only stopped by the intervention of tugboats some 300 meters from the beach, Turkey’s Directorate General of Coastal Safety (KEGM) said. The rescue operation involved eight tugs and five smaller vessels, it added.

KEGM later posted a video on Twitter of Rava oil tanker being towed by the tugboats.

Traffic in the Bosphorus, also known as the Strait of Istanbul, has been temporarily suspended due to the incident.

In March, the grounding of a 400-meter-long container ship in the Suez Canal caused a six-day blockage of the crucial shipping channel, creating a queue of more than 350 vessels and an estimated cost of billions in damages to world trade.