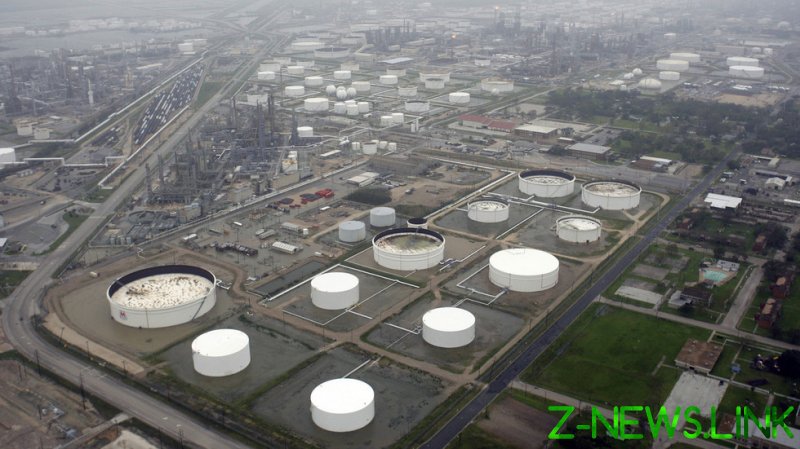 The leak was first noticed on Wednesday morning, as local news captured video of the oil gushing from one of the storage tanks.

Roads around the refinery were closed to all non-essential traffic for much of the day. The refinery deployed air monitors as a precaution, but local officials said there was “no risk” to the community.

There were no estimates on the volume of oil released, but local reporters said “thousands of gallons” – a gallon is 3.79 liters – may have been involved.

Footage from a KPRC-TV helicopter showed the oil spilling from the tank and into the rainwater accumulated in the storage area. There were reports that the oil made it into the sea, as the rainwater was in the process of being released, but the refinery denied this was the case.

Marathon is implementing measures to control the release so the tank can be repaired and cleaned up, the company said.

The Texas City refinery used to be owned by BP, but was sold to Marathon in 2013 amid claims it was causing health problems in the surrounding community. It was briefly shuttered in the wake of Hurricane Harvey in August 2017.