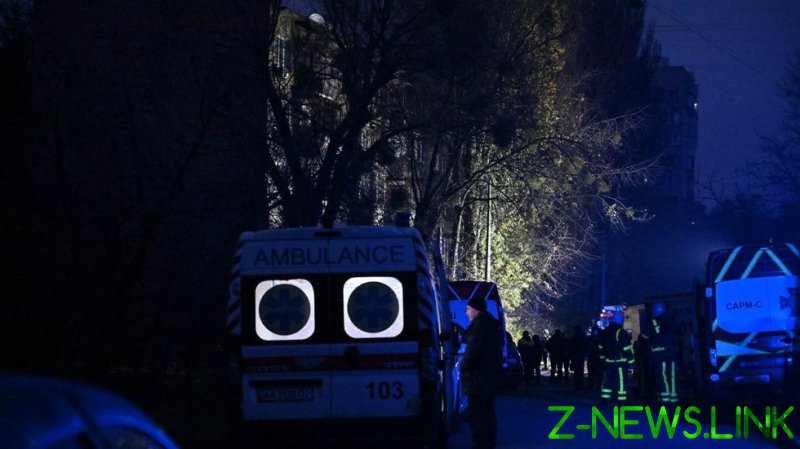 The Russian forces “launched 85 missile strikes at Ukraine,” Zelensky said in an emergency address on Tuesday evening. His office called the situation in the wake of the attack “critical,” adding that most strikes targeted facilities in the center and north of Ukraine.

The situation in Kiev is particularly hard, according to the deputy head of the presidential administration, Kirill Timoshenko. The Ukrainian energy providers had resorted to emergency power cuts to avoid energy system failures, he added.

According to the local authorities, half of Kiev residents and up to 80% of people living in the western Ukrainian city of Lviv were left without electricity in the wake of the strikes.

Up to nine Ukrainian regions were targeted in the attack, according to the authorities.

Ukraine’s neighbor Moldova was also affected by the strike. Disruptions at the Ukrainian power plants led to a power-line disconnection in Moldova, causing “massive power outages across the country,” the nation’s deputy prime minister Andrei Spinu said on Telegram.

At least one person died in the attack in Kiev as a missile shot down by the Ukrainian air defense systems fell on a residential building in the capital, local emergency services confirmed. The Ukrainian Air Force spokesman said that a total of 100 X-101 and X-555 cruise missiles were launched at Ukraine.

Zelensky warned that further attacks could follow and called on people to stay in shelters.

Ukrainian Energy Minister German Galushenko called the missile attack the “most massive shelling of [Ukraine’s] energy system since the beginning of the war.” He also confirmed that both Ukraine and “some of our neighbors” were affected.

Moscow has so far not commented on the development.