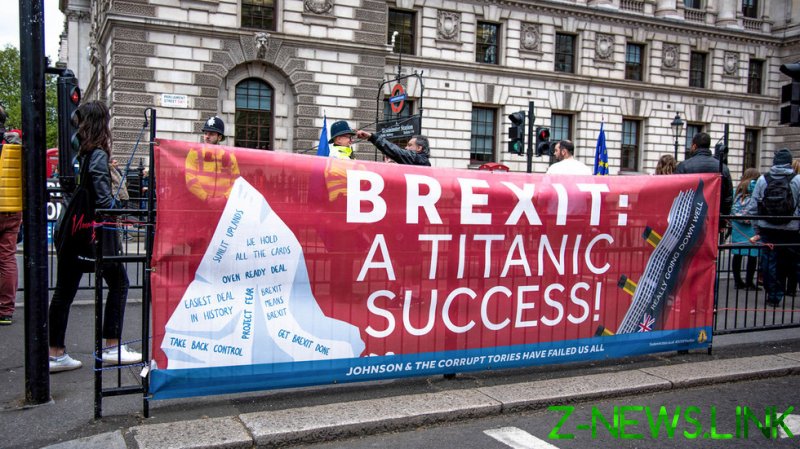 An elaborate high-profile conspiracy allegedly run by shadowy figures within the British elite was exposed in a massive leak released by a group of hackers late in May. The cache of documents and emails alleging a deep-state plot by hardcore Leavers to deliver the ‘hardest’ Brexit possible is now available on the website ‘Very English Coop d’Etat’.

Plotting for a hard Brexit

The goals of the campaign, dubbed ‘Operation Surprise’, were outlined in a 2018 document penned by Prins, who proclaimed the need to “take the fight to our opponents, who are remorseless, by all necessary means.” The plotters sought to deliver the ‘hardest’ Brexit possible, targeting both those seeking to continue the UK’s membership in the EU, and proponents of ‘soft’ Brexit alike. 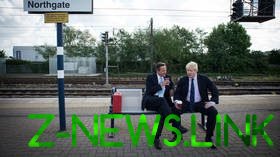 The group sought to “block any deal arising from the disastrous and craven Chequers White Paper,” then-PM Theresa May’s Brexit plan, and “ensure that we leave on clean WTO terms.” They also wanted, “if necessary, to remove this Prime Minister and replace with one fit for purpose,” and “cleanse the polluted civil service from top to bottom” by planting trusted people in key positions.

The scheme was apparently bankrolled by Tim and Mary Clode, a shadowy aristocratic couple based in the British tax haven of Jersey, the leaked emails suggest. The plotters considered the couple perfect for their role, noting that they were “quite good at consciously discreet conversations” and “studiously avoided all interaction with social media.”

With the downfall of the May government, the group both actively tried to elevate Boris Johnson into the post of prime minister, as well as trying to influence his way of thinking. In an email sent by Dearlove in June 2019, when the leadership campaign was in full swing, the ex-spymaster said he had been preoccupied with “feeding briefings on national security to Boris,” praising Johnson as a “very quick and able” and “excellent classical scholar” who was the perfect man for the job.

The group’s trust in Johnson, however, has apparently waned over time, with the most recent emails suggesting the shadowy cabal is now seeking to replace him with someone else. In an email sent early in January, Prins bemoaned the PM’s lack of “stamina to get Brexit done.” 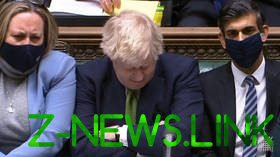 “I am coming to the view that I cannot see how the PM will not founder one way or another; and he has so lost control of his mind and willpower that maybe this would be for the best? It will take fresh leadership to exit the green quagmire which can only be done decisively, not in small steps,” the letter reads.

Chancellor of the Exchequer Rishi Sunak and Foreign Secretary Liz Truss are among the potential candidates to replace Johnson.

“Before the holiday closure I happened to be seated at a dinner next to one of BoJo’s long-time funders who told me that he had dumped him and told him so and told him that it was because of Anne Boleyn and her managers [Goldsmiths and Gummers Inc]; and that he had shifted his money to Truss,” Prins wrote.

The massive leak has received surprisingly scarce media coverage, considering the scale of the scheme exposed. Damage control efforts have primarily revolved around blaming the omnipresent ‘Russian hackers’ for the leak and dismissing it as a ‘disinformation campaign’ staged by Moscow.

The alleged disinfo campaign was slammed as being clumsy by Shane Huntley, the director of Google’s Threat Analysis Group. He claimed that unspecified “technical indicators” suggested the ‘English Coop’ website was linked to allegedly Russian-based hacking group Coldriver, also known as Gamaredon and Callisto. Huntley has openly urged against covering the leak in the media at all.

“Reporting on disinfo activity is difficult. It’s too easy to amplify the campaign and increase the effect. As we take a breath, we note that this is a pretty clumsy campaign, and maybe based on just one hacked ProtonMail account,” Huntley stated. 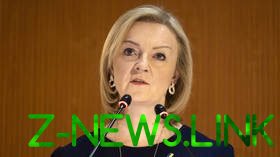 Those allegedly involved in the conspiracy who made public comments on the exposé have not tried to disprove the authenticity of the documents and emails, but have focused on blaming Russia for the leak.

“I am well aware of a Russian operation against a Proton account which contained emails to and from me,” Dearlove told Reuters, adding that the documents and emails should be treated with caution given “the context of the present crisis in relations with Russia.” He added that the emails had captured a “legitimate lobbying exercise” which simply became “subject to distortion.”

Toombs’ reaction was similar – he said he and his colleagues were “aware of this Russian disinformation based on illegal hacking.”

The damage control efforts were mocked by the spokeswoman for Russia’s Foreign Ministry, Maria Zakharova, who said the whole conspiracy was perfectly in line with the “English tradition” of regime change.

“Of course, both Richard Dearlove and the pocket ‘experts’ have immediately blamed the Russians for the ‘leaks’. If I understand it correctly, the Britons can only learn the truth about their democracy from Russia? Is that why London banned RT broadcasting?” Zakharova said in a social media post on Saturday.