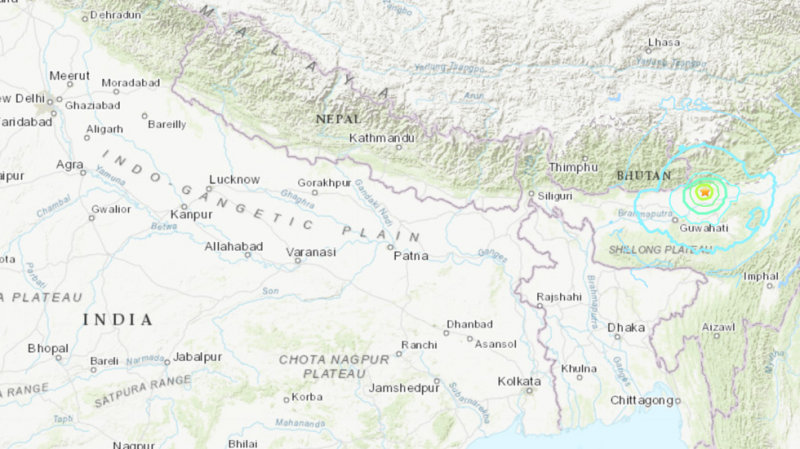 The quake struck near the towns Dhekiajuli and Tezpur at a depth of around 18 miles (29km) on Wednesday morning, according to the US Geological Survey (USGS), while the European Mediterranean Seismological Centre (EMSC) recorded a depth of just shy of 25 miles (40km). Aftershocks have been reported, with USGS noting one at a magnitude of 4.9 and the European agency listing a total of four, ranging between 3.6 and 4.9 on the Richter scale.

Residents, including a local government minister, took to Twitter to report the “massive” quake, with one deeming it the “scariest earthquake [I have ever] witnessed.” Another local said his “whole house vibrated” during the tremors, which he felt for more than 30 seconds.

Even some living nearly 250 miles (400km) away from the epicenter, including across the border in Bangladesh, reported feeling the jolt, according to witness testimony collected by the EMSC.

Cracks were spotted in some buildings following the seism, according to local media, though casualties and the overall damage inflicted remain unclear. Video purporting to show the aftermath of the quake has circulated online, with a crowd seen milling around rubble on a city street.

Assam’s chief minister, Sarbananda Sonowal, acknowledged the “big” earthquake in a tweet, urging “everyone to stay alert” as authorities get a handle on the situation.

Located in India’s northeastern extremity, Assam has been rocked by a number of earthquakes in recent weeks, with one coming in at 2.7 magnitude earlier this month, while another 5.4 magnitude quake hit near the border with Nepal and was felt in the state just one day prior. Neither inflicted casualties or caused major damage.