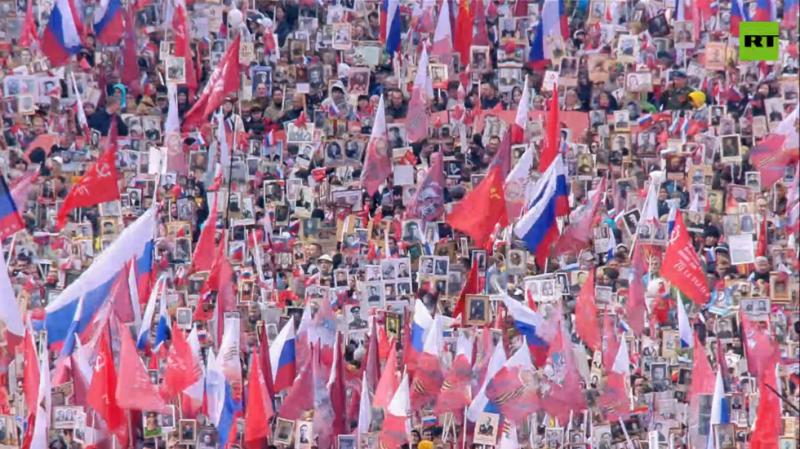 Hundreds of thousands of people assembled for an annual procession through Moscow while holding portraits of their family members who fought against Nazi Germany and its allies in World War II as Russia celebrates Victory Day on Monday.

The ‘Immortal Regiment’ is a massive civil march held on Victory Day in which people carry portraits of those from their family who participated in the war.

More than one million people took part in the event in Moscow on Monday, the Russian Interior Ministry said.

The procession set off from one of Moscow’s railway stations at 15:00 local time and traversed the seven-kilometer-long route through the city center to Red Square. President Vladimir Putin and Moscow Mayor Sergey Sobyanin took part in the march as well. 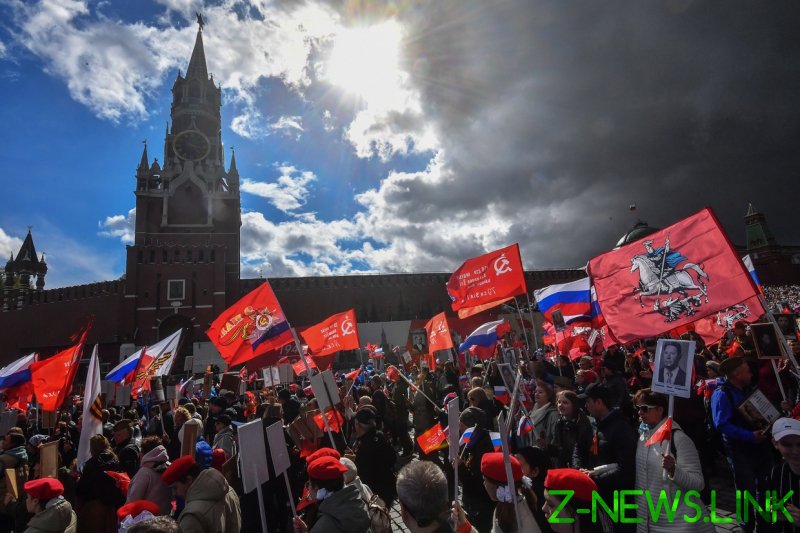 In addition to Moscow, ‘Immortal Regiment’ processions were also held in many other cities across Russia, including all of the country’s regional capitals. More than 200,000 people took part in Novosibirsk and over 100,000 participated in the Siberian city of Omsk.

The Red Army’s fight against Hitler’s forces is often called the Great Patriotic War, which started for the USSR on June 22, 1941. In Russia, May 9 is one of the country’s most revered public holidays.

The ‘Immortal Regiment’ began as a grassroots movement in the Siberian city of Tomsk in 2012. The idea was then quickly picked up by other cities. The processions are held on Victory Day all across Russia and in many places abroad, where Russian-speaking expats participate alongside locals.